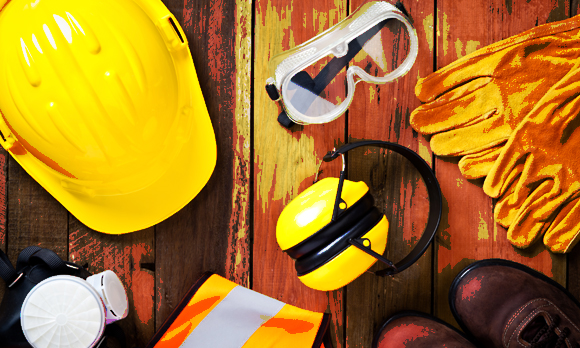 Rigzone takes a look at the current safety record of the UK's offshore oil and gas industry.

Around 332 installations were operating within the United Kingdom Continental Shelf (UKCS) in 2014/2015, of which, 236 were production installations. More than 5.5 million days were spent offshore during this period and HSE estimates that there was an offshore population of 33,664 full time equivalent workers.

HSE’s report indicates that there was one fatality on the UKCS in 2014/15 as a result of a fall from height, which is the same number as 2013/14 and an improvement from 2011/12. Over the last ten years there have been a total of just eight fatalities in the UK’s offshore oil and gas industry, despite the millions of registered worker days. Sixteen Specified Injuries (SI), a classification which includes incidents such as fractures, burns and sight impairments, were reported during 2014/15, although this figure cannot be reliably compared to previous years due to a change in classification in October 2013 from Major Injuries (MI) to a shorter list of SI. During 2013/2014, 37 Major/Specified Injuries were registered.

In April 2012, an over seven day (O7D) injury classification replaced the existing over three day (O3D) injury classification, which had seen declining figures since 2006/07. Over 150 O3D injuries were registered during 2006/07, although this figure dropped yearly and came in at under 100 in 2011/12. There were 125 reported O7D injuries during 2014/15, however, due to the classification change HSE states that O7D and O3D statistics cannot be reliably compared to each other.

Falls from height in 2014/15 stayed at the same level as 2013/14, although other/not recorded incidents grew significantly in the latest safety report. The share of injured offshore workers on the UKCS that were struck by a moving, flying or falling object decreased from 30 percent in 2013/14 to 10 percent in 2014/15, in a development which could have two implications, according to HSE. The regulatory body stated that this reduction could be a true representation or may reflect a change in reporting behavior, evidenced by the substantial increase in the numbers of the other/not recorded category in 2014/15.

With regards to injuries by work process, maintenance/construction tasks stayed at a similar level in 2014/15, compared to 2013/14, as did injuries related to the offshore diving sector. There were 26 management/accommodation incidents in 2014/15, which accounted for just a fifth of all injuries, and drilling tasks ranked as the third most dangerous work process on the UKCS during the year, compared to a ranking of fifth in 2013/14. Incidents from deck operations and production tasks saw a significant decrease in 2014/15, compared to levels recorded in HSE’s 2013/14 report.

A lower overall amount of dangerous occurrences (DO) was registered in 2014/15 compared to HSE’s previous safety review, with 369 DOs logged during the year compared to 393 DOs in 2013/14. Hydrocarbon releases made up over a fifth of these occurrences in 2014/15 and over a quarter of DOs during the year before. The total number of dangerous well occurrences dropped from 42 in 2013/14 to 39 during the most recent year, 15 of which involved the operation of a blowout preventer or diverter to control an unplanned flow from a well and 23 of which involved the mechanical failure of a safety critical component of a development well.

Dropped objects accounted for 98 DOs in 2014/15, which represents a sharp rise compared to 2013/14’s figure of 35. HSE does report however that the latter figure only includes dropped object incidents since Oct 2013 due to a category change, meaning it cannot be classified as full year data, so it is difficult to accurately compare these statistics. Back in HSE’s 2013/14 report, the regulatory body outlined that the number of DOs that included lifting machinery had fallen every year for the last five years. Although this figure stopped declining in 2014/15, just eight DOs of this nature were recorded during the year compared to the seven registered in 2013/14.

Although HSE’s latest UK offshore oil and gas industry safety report shows that a few areas could be improved, it highlights the high level of safety present in the sector. Despite the large number of worker days spent offshore during 2014/15, and an offshore population increase compared to 2013/14, deck operations and production tasks are becoming safer and several types of DOs are decreasing. A growing number of energy firms operating in this area are looking to improve their safety records too, with oil and gas industry skills organization OPITO reporting a 250 percent rise among North Sea energy companies investing in systems which assess and develop workforce competence and safety, earlier this year. With oil and gas companies in this field showing such a commitment to safety, it looks like the UK’s offshore oil and gas industry will become even more secure for workers in the future.