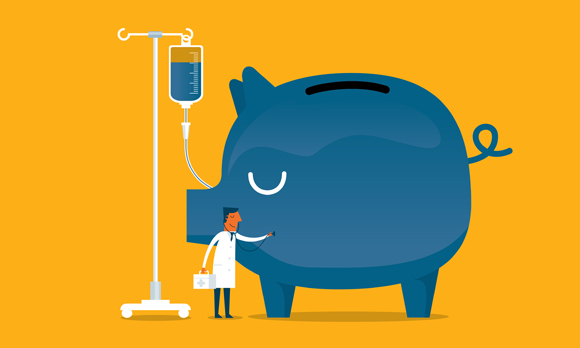 After a year's worth of worry, in many ways an energy company's solvency comes down to how well it has hedged its best.

It was when the descent of oil prices seemed to reach a crescendo last fall –  only later to be overshadowed by a freefall this year – that concern about how reserve-based lenders would react to energy companies’ biannual credit requests spread.

And yet, whether it was luck or hope, one positive prevailed. Most bankers didn’t short their companies. In fact, after months of cringe-inducing crude oil barrel prices that dipped the $40s, and more recently, the $30s, insiders say that by and large, the credit risk was chopped between 5 and 10 percent.

That’s a significant difference from the feared belt-tightening of 20 to 30 percent cuts that had hovered over the industry. And so it turned out, the biannual credit check of 2015 really wasn’t that bad.

But the crisis could still loom.

As Skip York, Wood Mackenzie’s vice president of integrated energy, told Rigzone, the banks use a metric that considers oil prices from 12 months in the past. Consequently, during the 2015 redeterminations, $60 and $70 oil was part of the equation. However, in March 2016, there will be some $45 and $50 oil in the mix; by October, the prices are even lower.

“The moving average is moving down in each redetermination,” York said. “Those changes are going to bite your average lending increases.”

In addition, some companies had credit accounts that weren’t maximized.  So a cut to an account that had not hit its limit wasn’t such a problem. However, once their cash reserves eventually run out – and oil revenue remains in the doldrums – they will burn through the credit  faster because the averages they need banks to review are dropping.

“There should be increasing cause for concern because the 12-month metric is coming down and producers will be going into those credit lines faster than if prices were higher,” he said.

As Charles Boguslaski, managing director of Carl Marks Advisors, a consulting and investment banking advisory firm to middle-market companies based in New York City, told Rigzone that during the 2015 redeterminations, at least many of the large exploration and production (E&P) companies still had some room to run based on significant hedging.

Still depending on hedges will only take a company so far, Bill Morris, a partner in the Houston office of Akin Gump Strauss Hauer & Feld LLP, told Rigzone.

“They need to increase in their reserves. A lot of that is because of hedges rolling off and either are not being replaced with hedges that bring them a lower price,” he said. “There was some tightening, but relative to the tightening that you saw in the 80s, banks were very liberal.

Hedging slows down the reaction to the banks to the decline in hydrocarbon prices,” he said. “We’ll see what happens come next spring and where oil prices are. If oil prices stay where they are, then I think you’ll see further tightening in the borrowing base, simply because higher priced hedges – hedges that net the oil company more revenue – will continue to roll off. And because you are seeing some cuts in CAPEX (capital expenditures) and as a result, there will be less replacement of reserves or less increase in reserves due to less drilling activity.”

It’s a difficult equation to quantify because a company’s reserves also come into play.

“The fall reductions in the 5 to 10 percent range were pretty common. For anyone getting cut more than that, I think you’re looking at somebody who didn’t replace their reserves,” Morris said. “It’s an issue for the marginal players and players in places where the cost of production is higher. We’re already seeing some bankruptcies and we’re already seeing an uptick in interest from people who either want to go through restructuring or from people who want to acquire the debt of companies as a vehicle to ultimately acquire the equity in the companies.”

Nevertheless, Morris said, there are still plenty of healthy companies in the energy space.

“Several of the companies that we represent have credit agreements, but they don’t have anything drawn on them. Really, the credit agreement is there because the rating agencies want it to be there to maintain so that there’s liquidity and so the ratings agencies will maintain the ratings on their public debt. But there’s still a lot of healthy companies, and I would expect them to continue to be healthy unless oil prices fall much further,” Morris said. “Having said that, there are a lot of companies that aren’t particularly profitable at these prices and that are in a holding pattern and doing everything they can to ride it out until prices come back up. And if prices stay low, or go much further down, we’ll continue to see the marginal companies experience difficulty and ultimately have to restructure their debt and/or go through bankruptcy.”

Each determination represents some risk, at least when commodities prices are low,” York said.

“The typical view has been that each time you re-determine, as long as prices stay low, it gets harder and harder to re-approve someone’s debt. The chances of the redetermination being adverse to companies’ financial viability increases as oil stays lower. People were already watching, and are saying the March 2016 redetermination could be the bellwether that the transactions space is looking for,” he said, adding that specter might stimulate a lot of transaction activity.

“This works in that direction because oil prices are now hovering around $40, rather than the $45 they were hovering around in October, and so that’s going to put more pressure on those redeterminations and that might start to loosen up the transactions space, and you might have some guys who don’t want to sell, but they’re going to be more compelled to sell in a $40 world than in a $45 world,” he said.

Boguslaski said he anticipates business reorganizations, sell-offs and even bankruptcy on across the industry.

“For the E&Ps, I think it will be internal balance sheet restructuring, I think the bankruptcy process will be used selectively, especially when you have public companies or public debt. But I think you’ll see a continuation, for the most part, toward the trend of prepackaged bankruptcies where the company will have worked out a basic deal with the lender before they go into that process and that process can be run relatively quickly,” he said.

Service companies are among the first to get squeezed during a downturn and one of the last sectors to bounce back.

Given all of the cutbacks – the hundreds of thousands of layoffs, the billions of dollars in mothballed projects – why are these companies still seeking out capital?

As Boguslaski explained, “They’ve cut their budgets, but they’re still spending money. It’s all the activities they have to do to produce oil. They do have fairly sizeable operations that require capital. In addition, a lot of these companies are highly levered, they do have a lot of bond debt, and that bond debt still has current interest payments that have to be made.

Many companies have endured liquidity enhancement strategies, like cutting CAPEX and reducing layoffs, even blending the two, he said.

Morris added, “I think you’ll still some borrowing for drilling to keep leases in place and to replace reserves. I also think you’ll see some of the strong acquiring the weak and borrowing to do that.”

What’s more, the majors have enough cash that they’re not going to suffer, he said. It’s even possible that at some price level, the stock of a major becomes low enough that Exxon decides to acquire them. That’s the type of deal that went down in the 1980s, when Chevron acquired Texaco, and Exxon acquired Mobil, he said.

“But in the 1980s, you really didn’t have hedging, and today you do,” he said. “So instead of driving a car off a cliff when oil prices fell dramatically, you [can be] skiing down a slope.”

Depending on how well a company had hedged its bets, they could be skimming the bunny slopes, swishing through a black diamond trail or careening down a double black diamond. 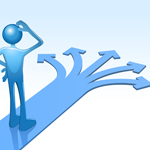 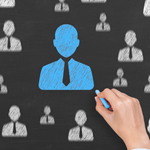 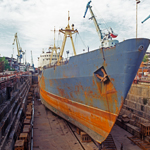