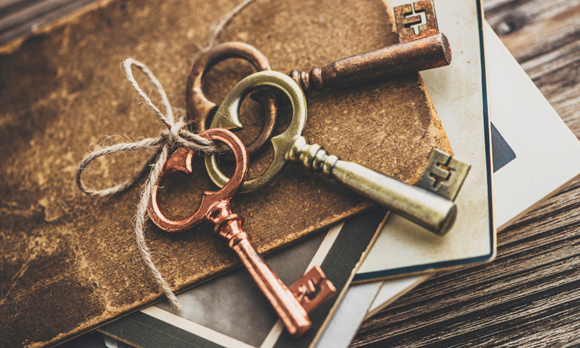 Rigzone looks back at the key oil and gas events in the West African region over the past year.

In spite of low oil prices affecting exploration and field development activity in many parts of the global oil and gas industry, the West Africa region saw a busy 2015. Here, Rigzone takes a look at the key events that have defined the West African oil and gas year.

Mauritania enjoyed two pieces of exploration success this year thanks to work carried out by Kosmos Energy in the country's offshore Block C-8. The first find, announced April 27, was made at the Tortue-1 exploration well and was described by the company as a “significant, play-opening gas discovery” after 351 feet of net hydrocarbon pay were encountered.

Kosmos’ second major gas discovery in 2015 was made at the Marsouin-1 exploration well and encountered “at least” 230 feet of net gas pay. Elsewhere in West Africa, the group managing director of the Nigerian National Petroleum Corporation, Ibe Kachikwu, indicated in a Nov. 8 press release that the country may be on the verge of a “significant” oil find in the Lake Chad area of northeast Nigeria, based on analysis of recent seismic 3D data generated from the Chad Basin.

Norway's RAK Petroleum plc reported March 9 that a subsidiary company, Foxtrot International LDC, made an oil and gas discovery offshore Côte d'Ivoire at the Marlin North-1 well. This well flowed oil and gas from the Turonian and Lower Senonian intervals, neither of which had previously been found to contain hydrocarbons on the Ivorian block CI-27. A 72-foot perforated section of a gas-bearing column in the Turonian interval flowed at 25 million cubic feet per day and 150 barrels of condensate per day. In the Lower Senonian, a 36-foot perforated section of an oil-bearing column flowed at a rate of 1,525 barrels per day and.6 million cubic feet per day of associated gas.

A key piece of exploration news in the West African region came in the form of Cairn Energy plc's announcement Aug. 18 that it had reached an agreement with the government of Senegal over an extensive evaluation plan for the SNE discovery made last year.

The evaluation of the discovery commenced in September with a new 1,005-square mile 3D seismic survey over the Sangomar Deep, Sangomar Offshore and Rufisque Offshore permits, which delineated the SNE discovery. Scheduled for completion by the fourth quarter of 2015, final processed products from the survey will be available by mid-2016. The evaluation plan also includes two appraisal wells, SNE-2 and SNE-3. SNE-3 has been described by Cairn as a “key well” to establish the “deliverability” and “full potential” of the field – one exploration well and a further three optional wells. Drilling operations at the appraisal wells have already begun.

Niger also saw exciting exploration activity earlier this year, with Savannah Petroleum announcing May 14 that it has identified 14 drill-ready exploration sites with combined prospective oil resources of 215 million barrels. This followed detailed 3D seismic mapping over a 260-square mile area in the R1/R2 permit region, which is situated in the Agadem Rift Basin of southeast Niger.

An additional 37 leads have been mapped by Savannah along the northwest and northeast areas of the R1/R2 license and a structure with a potential closure size of up to 15 square miles was found extending throughout the western section of R2 at the upper cretaceous and deeper horizons.

Another important exploration development occurred in November when Exxon Mobil Corp. revealed that it plans to start drilling in Liberia, according to Reuters, after the company was declared Ebola-free in September. The U.S. oil major signed for Liberia’s block 13 back in April 2013 but put the project on hold due to the Ebola epidemic, which led to more than 3,000 confirmed cases of the virus in the country earlier this year, according to the World Health Organization.

A host of major production developments got underway in Nigeria in 2015, fitting in with the country's plans to quintuple its daily gas production and almost double its daily oil production by 2020. Nigeria’s 2020 target for daily gas and oil production is 20 billion cubic feet per day and 4 million barrels of oil per day, respectively.

Exxon Mobil announced in September that its subsidiary, Esso Exploration and Production Nigeria Limited, started oil production ahead of schedule at the Erha North Phase 2 project offshore Nigeria, which Exxon estimates will develop an additional 165 million barrels from the currently producing Erha North field. Shell Nigeria Exploration and Production Company Ltd. revealed in October that production had started at the Bonga Phase 3 project offshore Nigeria, which is expected to produce around 50,000 barrels of oil equivalent per day at peak levels.

Erin Energy commenced production from the Oyo-8 and Oyo-7 wells, located in OML 120 offshore Nigeria, this summer, with output levels from each asset hitting around 7,000 barrels of oil per day, and in the third quarter of this year, Lekoil announced that oil production had started from the Otakikpo Marginal Field in OML 11, which is located on the shore line in the south-eastern part of the Niger Delta. First oil flowed to surface at OML 11’s Otakikpo-002 well late Sept. 5, with output rates during initial production tests reaching a peak rate of 5,703 barrels of oil per day. Based on these preliminary results, the directors of Lekoil believe that the original production estimate of the well is likely to be exceeded, although further testing and analysis will be required before the company is able to provide formal guidance.

Ghana was another location prominent in production developments over the past year. In April, Côte d'Ivoire’s request that Ghana be ordered to suspend all oil exploration and exploitation in the disputed zone of the West African TEN Project was rejected by the Special Chamber of the International Tribunal of the Law of the Sea (ITLOS). ITLOS is now expected to deliver its decision on the maritime boundary dispute between the two countries in late 2017, however, operations at TEN can continue during this period, which is hugely significant for Tullow, the operator of the TEN field, which announced Oct. 1 that the project is on schedule and on budget to deliver first oil in mid-2016.

At the start of the year, two major energy firms sold off a considerable portion of assets in Nigeria. Royal Dutch Shell plc announced in March that its subsidiary, Shell Petroleum Development Company of Nigeria Limited, completed the divestment of its interests in the OML 18 and OML 29 licenses, the Nembe Creek pipeline, as well as related facilities in the Eastern Niger Delta, with Shell’s total cash proceeds for the deals amounting to more than $2 billion. In the same month, Total divested its stake in OML 29 for $569 million. The transaction followed the sales of Total’s interests in OML 18 and OML 24, with the combined total figure for all three onshore oil mining leases crossing $1 billion for the company.