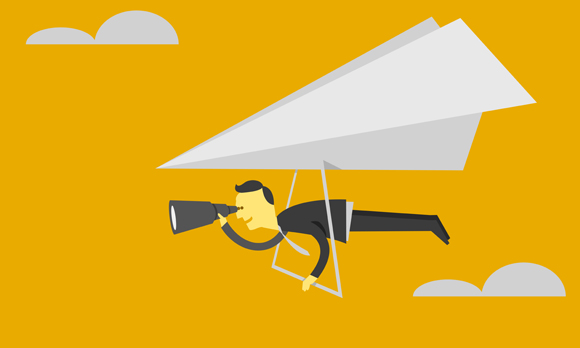 Task Force on Shale Gas report says that a UK shale gas industry could create thousands of jobs but more exploratory work is required to determine exactly how much gas is economically recoverable.

The emergence of a shale gas industry in the UK would create thousands of jobs for the country, but presently-available predictions of job creation and likely benefits to the UK's trade balance have been made with "less than ideal" amounts of factual data coupled with guesswork. So says the 'Final Report' from industry-funded body The Task Force on Shale Gas.

The report notes that the estimated number of new jobs that would be created by a UK shale gas industry ranges from 74,000 for the whole industry to 5,333 in the northern economy without a supply-chain hub. But it concludes that a sufficient number of exploratory wells be drilled, hydraulically fractured and tested in order to provide the industry, government and public with a more accurate idea of the amount of gas that is economically recoverable.

"Only by doing so can operators and others evaluate whether and where an industry might develop and at what pace," the report stated.

The report also states that "greater clarity" is needed about what tax arrangements are required in order to enable a shale gas industry to get up and running.

"Government incentives should, rightly, be needed only for initial exploratory drilling, until an industry becomes established and self-sufficient. We believe the government needs to be completely transparent about tax incentives such as halving the rate of tax applied to profits of shale gas and these ought to be reviewed in full if and when an industry (of any scale) is up and running, as was the case with North Sea allowances," the report's authors stated.

In December 2013, UK Chancellor of the Exchequer George Osborne confirmed a tax allowance aimed at boosting the development of shale gas resources. This would see shale gas producers pay a tax of just 30 percent on profits from any shale gas they produce, compared to the 62 percent tax levied on profits from hydrocarbons produced by conventional means on the UK Continental Shelf.

Meanwhile, The Task Force on Shale Gas said that it is strongly in favor of government spending to develop skills and training programs to support shale gas development.

On the government's plans to establish a significant community payments system in order that local communities benefit from having shale gas exploration in their area, the Task Force said that shale gas operators should outline exactly how they intend to provide GBP 100,000 [$160,000] of community benefits for exploratory well pads.

"Local communities should know how they will benefit from this and where possible should have a say in how they benefit," the report stated.

For all wider community payments, industry and government should define exactly what they mean by 'communities', with the author's adding:

"It seems clear that those properties directly affected by shale gas operations face the most disruption. As we have seen, in the United States this is countered by the expectation of royalty payments. In the UK, for example, residents living near a developing or subsequently producing well site should benefit from the revenues of that site, according to an agreed formula."

The Task Force noted that operators should not be left to administer community benefits payments as they see fit, neither should it be left entirely to local authorities, "in order to ensure maximum levels of transparency, community involvement and engagement".

Welcoming the release of the Final Report, shale gas industry body UK Onshore Oil and Gas (UKOOG) noted that it had also concluded that "shale gas can be produced safely and usefully in the UK", as well as finding that there is "no more risk to the public from fracking than other comparable industries".

UKOOG added: "Gas is integral to our life providing electricity, heating for over 80 percent of our homes and as a vital raw material for making products such as computers, clothing, medicines and cosmetics as well as providing fertilizer for food production.

"We have already seen a significant shift to imported gas and this is set to continue. Shale gas will provide a means of addressing this and is a clear way of enhancing the UK's energy security and will help combat concerns about the security of supply."

However, environmental groups were critical of the report's conclusions. Reuters reported Greenpeace UK energy campaigner Hannah Martin as saying: "If the UK government is really committed to keeping its end of the [recent] Paris deal, it must rethink its support for fracking and back safe, cheap, clean energy instead."

Jeanne Walsh  |  December 19, 2015
In this age of striving to eliminate fossil fuels, this represents a backward step. It seems to me that short term gain has once again clouded the vision of the more important long term objective.