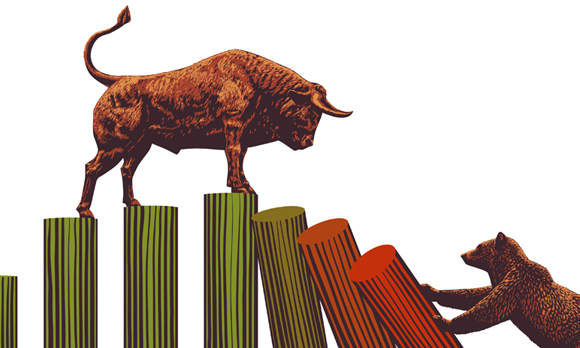 Hedge funds are betting this week's OPEC meeting will deliver another bearish blow to crude.

(Bloomberg) -- Hedge funds are betting this week’s OPEC meeting will deliver another bearish blow to crude.

A year ago, Saudi Arabia led the Organization of Petroleum Exporting Countries in keeping production quotas steady, exacerbating a global glut and sending prices tumbling. Analysts surveyed by Bloomberg expect a repeat this year when the group meets on Dec. 4 in Vienna. Iran has said it will announce plans during the meeting to expand its output.

"Without the Saudis nothing is going to happen and it’s pretty clear they aren’t about to cut," said Mike Wittner, head of oil-market research in new York at Societe Generale SA. "It’s hard to even come up with scenario where there would be an agreement for a cut."

OPEC’s decision to keep the spigot open has compounded a worldwide surplus of crude. The 12-member organization pumped 32.121 million barrels a day in November, the 18th straight month above its target of 30 million, according to a Bloomberg survey of oil companies, producers and analysts. U.S. stockpiles stand at more than 488 million barrels, the highest for this time of year since 1930.

The group’s effort to defend its market share is slowly paying off. Shale drillers have idled rigs and cut spending by $40 billion in the first nine months of this year, according to data compiled by Bloomberg on 61 independent U.S. producers. The country’s production has remained flat in 2015 after three consecutive years of adding 1 million barrels a day.

"U.S. production is coming down, but at a very slow rate, which is bearish," Wittner said. "The market is very much in wait and see mode right now. There’s no expectation for OPEC to take any action this week."

Hedge funds boosted their net-long position in London- traded Brent crude by 12 percent to 177,945 contracts, according to data from ICE Futures Europe. Brent gained 5.9 percent to $46.12 a barrel during the period and was at $44.77 on Tuesday.

In other markets, net bearish wagers on U.S. ultra low sulfur diesel increased by 16 percent to 45,372 contracts, the most in records dating back to 2006. Diesel futures advanced 2.3 percent to $1.3997 a gallon in the report period. Speculators flipped back to a net-long position in gasoline, adding 16,463 contracts to 15,189. Gasoline futures climbed 12 percent to $1.3902 a gallon.

The gasoline buying "at least matched up with the strength in the market," Tim Evans, an energy analyst at Citi Futures Perspective in New York, said by phone. "Gasoline has been the strongest energy market."