Could Cuts in CAPEX Be the Catalyst For Growth in Oil Prices? 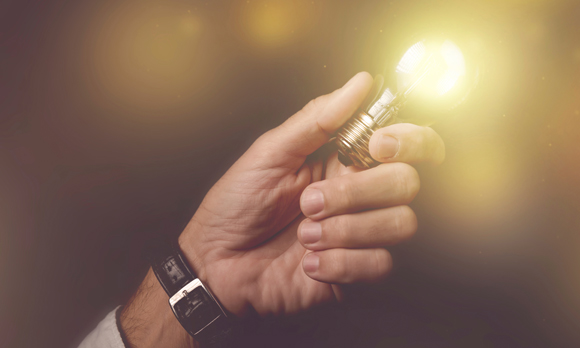 North American upstream companies continue to slash spending but demand growth could turn that around within the next 18 to 20 months.

Cuts to capital spending in the North American exploration and production (E&P) sector is a stark reminder that during much of the year companies have had to tighten their belts in response to dismal crude oil prices. Estimates show that cuts have hit 30 percent in 2015, and could drop another 20 percent in 2016.

In and of itself, there’s the argument to be made that the high-dollar spending isn’t altogether necessary. In Russia, Saudi Arabia and other OPEC countries, billions have gone downhole and yielded little results, whereas production in the United States increased through efficiencies.

And that could be the opening the United States needs to reclaim its competitive advantage in global supply and demand. While analysts suggests a recovery could be two years away, a steady climb in oil prices could turn a corner when dramatic cuts to upstream capital spending come home to roost, and global oil demand is met with flat production.

The evidence is pointing to a scenario in which North America steps in with the supplies needed to satisfy demand.

“North America will be the source of incremental growth necessary to meet growing demand going forward,” Jeoffrey Lambujon, associate analyst at Tudor Pickering Holt and Co., told Rigzone. “What we’ve seen, despite continuous levels of CAPEX [capital expenditure] spending in other countries, such as Russia, Saudi Arabia, other OPEC countries, you’ve seen oil production flatten whereas U.S. production has grown. That leads us to believe that even if those countries continue to spend money, oil production shows that it’s been relatively flat for the last almost decade.”

Despite cuts of 30 percent to 2015 capital spending, it will be shale production in the United States that is going to supply growth.

“We think North America will remain competitive. We just need to see the right signal in terms of pricing to incent operators to add back rigs and meet that growth,” he said, adding that when crude supply in the United States rolls over, the signal will be present.

“CAPEX cuts are real,” he said. “It’s actually affecting production. And if global demand is to be met, then prices need to improve to the point North American producers will start to ramp up activity and produce again.”

Notably, capital spending has kept close to what’s happening with the rig count. In 2014, roughly 2,100 land rigs were in action. Contract that with 2015’s average of 1,100 rigs, it’s not quite a 50 percent decline, but it is close. When you take the 30 percent cut in capital spending in 2015 and a projected 20 percent cut in 2016, the math adds up and it comes up with a swing in production of about 300,000 barrels per day that is being cut out of the equation. This may put pressure on prices once global demand kicks in, Lambujon said.

“I think both the operators and investors have been really quick to respond to commodity prices dropping, and you’ve seen that as operators on the upstream side have continued to drop their budgets as commodity prices have dropped. Part of that is that some companies weight their capital programs for the first part of the year. On average, for our coverage universe, about 80 percent of full year 2015 budgets have been spent YTD so that implies CAPEX has dropped throughout the year, and if you take the 3Q and 4Q CAPEX numbers and flow those forward, you’re likely to see that in early spending next year,” Lambujon said.

“Our expectation is that as companies roll out with budgets – and some companies already have – they’re going to be using a relatively conservative price deck to set those,” he said. “I think it’s the right thing to do until you see some signs of an oil price recovery.”

Stephen Trauber, global head of energy at Citi, told Rigzone that when it comes to capital spending, most companies are trying to stay within their free cash flow.

“Cash flow is down, so you have to expect cash expenditures to be down significantly in 2016. I think the [small-cap] guys will cut the most on a percentage basis, but keep in mind the small and mid-size guys make up a small percent of the CAPEX anyway,” he said. “The bigger guys, I think will seek to continue to spend. They’ll cut large projects and probably put more capital to back cycle opportunities like the unconventionals.”

Meanwhile, Fitch Ratings said in a November report that while a second wave of CAPEX cuts in 2016 is expected, a rebound is in the offing.

While capital spending – and indeed, reductions in those budgets – vary on a company-by-company basis, some announcements in recent months have stood out. Most figures for 2016 spending are still under wraps.

Morningstar analysts said in the October report, “Integrated Oil: New World Trumps the Old World,” they expect a step down in capital spending for the next two years. In some instances, there could be additional reductions in 2018, even if there is a recovery in oil prices. On average, the investment group expects 2018 to be about 85 percent of 2015 levels.

“Breakeven levels should fall though, thanks primarily to reductions in capital spending, implying debt relief beyond 2018. These breakeven levels are much lower than the ones we calculated in late 2014 in the wake of the collapse in oil prices,” the analysts said.

At that point, all but three companies needed oil prices to be a least $100 per barrel in 2016 to reach breakeven. But a year later, that level has fallen to $78 per barrel on average because companies moved quickly to capture cost savings and cut capital spending.

As Morningstar explains, it’s led to firms slashing their capital budgets to safeguard dividends and investors questioning the potential for future growth.

“This question is not unreasonable as a review of the group’s capital expenditure plans show that the upstream segment is shouldering the bulk of the decline,” Morningstar said. “However, we view the reduction of upstream capital investment as a resetting to more historical levels after the investment frenzy of the last few years. Adjusting upstream capital spending on a per barrel basis for each company shows that upstream investment is simply returning to more reasonable levels.”