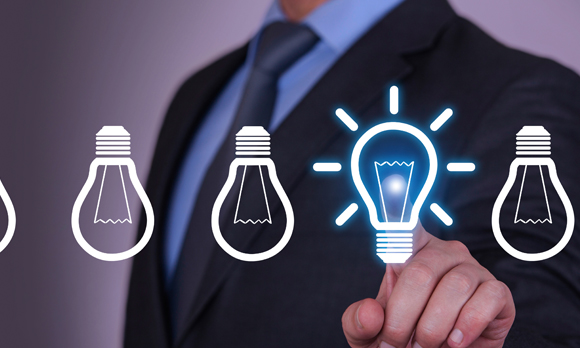 After defending the interests of oil-exporting nations for 5 decades, OPEC has made a surprising choice with its newest member: a country that consumes about twice as much crude as it pumps.

(Bloomberg) -- After defending the interests of oil-exporting nations for five decades, OPEC has made a surprising choice with its newest member: a country that consumes about twice as much crude as it pumps.

Indonesia will rejoin the Organization of Petroleum Exporting Countries as its 13th nation next month, almost seven years after suspending its membership. The country says that as OPEC’s only Asian constituent it will provide a vital link to the region where demand is growing fastest. Still, saddled with an oil-import bill of about $13 billion last year, Indonesia makes an unlikely addition to the exporters’ club.

“If you’re accepting net-oil importers into the organization, it speaks volumes about the marginalization of OPEC,” said Seth Kleinman, head of energy strategy at Citigroup Inc. Indonesia is “never going to cut” supply, he said.

Official explanations that paint Indonesia as a conduit between producers and consumers don’t fully illuminate a move that’s fundamentally at odds with OPEC’s mission: why allow a country that will benefit from lower prices into a group set up to underpin prices?

Citigroup says it’s another sign OPEC has abandoned its role in defending prices after last year choosing to maximize its market share in the face of a global glut. OPEC hasn’t announced any specific market measures since 2008.

Indonesia contends its return to the group will be mutually beneficial. As a country that both consumes and produces, it can provide OPEC with a bridge between the two sides of the oil market, Energy Minister Sudirman Said said in June.

“It’s strange,” said Jamie Webster, senior director at consultants IHS Inc. in Washington. “Nothing has dramatically changed since they left some years ago -- it’s not like they’ve found some Gawar-like field and now suddenly want to be on top of things,” he said, referring to the biggest deposit in Saudi Arabia.

Indonesia believes the move will both ensure access to crude supplies -- it’s already in talks to buy Iranian crude once international sanctions are lifted -- and attract investment to revive its energy sector, such as a project to build a refinery with Saudi Arabia.

Brent crude added 12 cents to $46.24 a barrel on the London-based ICE Futures Europe exchange at 12:56 p.m. Singapore time. The global benchmark has lost more than 40 percent over the past year.

Indonesia is projected to produce 850,000 barrels a day this year, according to a Nov. 13 report from the International Energy Agency. That’s about 789,000 less than it consumed last year. Only Libya, Ecuador and Qatar produce less among OPEC’s member states.

In October 2014, Indonesia gave up on a target of restoring output to 1 million barrels a day. Crude output has dropped more than 50 percent since the mid-1990s as shifting regulations and complicated permits deter investments in new fields.

It’s not unprecedented for OPEC’s line-up to shift over time. Its ranks last swelled in 2007 when Ecuador was re-admitted after departing in 1992. Gabon left in 1995, though hasn’t announced any plans for a comeback.

One impact of Indonesia’s return could be a change in the group’s collective production target, which has held steady for the past four years at 30 million barrels a day. Officials are considering raising the limit to 31 million to incorporate Indonesia’s output, according to two delegates who spoke confidentially.

That still wouldn’t mean any change in the group’s actual output: OPEC has flouted the current limit in all but four months since its introduction, according to data compiled by Bloomberg. Even a raised cap at 31 million barrels would be almost 800,000 a day less than its 12 members pumped in October, IEA data show.

A last benefit could be a resolution to years of disagreement on appointing a new secretary-general. OPEC has been extending the term of Libya’s Abdalla El-Badri -- originally due to stand down in 2012 -- as countries block proposed candidates from Saudi Arabia, Iran and Iraq. Indonesia, which has filled the position of secretary-general on four different occasions since 1961, could serve as a neutral alternative, above political rivalries in the Middle East.

ANTHONY Bellard sr.  |  November 27, 2015
makes you wonder? Was it really worth the profitsame to drill so many wells in places where you cant and never did trust the people. Those same wells in foreign lands are biting us in the butt. GREED usually has a bad ending.
RELATED COMPANIES
Company: OPEC more info