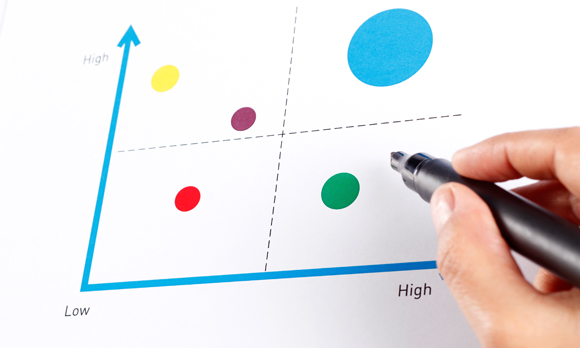 There have been at least three cycles in WTI prices and hedge fund positions in the main NYMEX light sweet crude contract since the turn of the year.

LONDON, Nov 24 (Reuters) - U.S. oil prices have cycled between $40 and $60 per barrel since the start of 2015 and the rise and fall has corresponded with the accumulation and liquidation of hedge fund short positions.

There have been at least three cycles in WTI prices and hedge fund positions in the main NYMEX light sweet crude contract since the turn of the year.

The first cycle began at the start of the year and was completed by mid-May.

Money managers increased their short position from 74 million barrels at the start of January to a peak of 178 million barrels on March 17 before reducing it to 53 million by May 12. Front-month WTI prices fell from $48 to a low of $43 in the middle of March before rebounding to around $60 in mid-May.

The second cycle began in mid-May and lasted until the middle of October.

Hedge funds increased their short positions from 53 million to 163 million in mid-August before cutting it to 90 million by mid-Oct. WTI prices swooned from nearly $60 to a low of $39 in late August before recovering to almost $50 in early October.

The third cycle began in late October and appears to be unfinished.

Hedge funds boosted short positions from 90 million to 154 million on November 17. Prices dropped from $47 to around $40 though they have since recovered slightly.

The attached charts show the correspondence between the accumulation and liquidation of hedge fund short positions, as reported by the U.S. Commodity Futures Trading Commission, and NYMEX WTI prices since the start of 2015 (http://tmsnrt.rs/1QFJ91i).

It is impossible to say for certain whether the accumulation and liquidation of hedge fund positions is causing the rise and fall in WTI prices, or whether both prices and positions are responding to external fundamentals.

But if hedge funds were trading based on a forward-looking view of the market or prices reverting to the mean, short positions would have been greater when prices were higher (and had more scope to fall) and smaller when prices were lower (and therefore had less room to fall further).

Instead, the hedge funds appear to be following a momentum strategy, in which the more prices fall the more they are expected to decline even further in the near future.

The correlation between WTI prices and hedge fund short positions has been 0.78 since the start of the year (compared with 0.71 between 2012 and 2014).

What can the correspondence between prices and positioning tell us about the current unfinished cycle?

In each of the first two cycles this year, WTI prices hit a trough of around $40-44, when hedge fund short positions hit a peak of 163-178 million barrels.

In the current cycle, prices hit a low of $40 with hedge fund short positions amounting to 154 million barrels on Nov 17 (the latest date for which both prices and positioning data are available).

The fall in WTI prices to $40 is almost exactly what would be expected based on the reported accumulation of hedge fund short positions.

What happens next? The short position accumulated by the hedge funds so far in the current cycle is close to the maximum short position reached in both the last two cycles.

If this turns out again to be the maximum position, past experience suggests hedge funds will soon enter the liquidation phase of the cycle, try to reduce their total short position, and prices will begin to rise.

Equally, both hedge funds and prices could be responding to some external factor which, if it changes, could alter the relationship between them.

It is important to stress that this is not supposed to be a model of WTI price determination because it lacks a causal mechanism and it focuses on only one of the many factors which may influence oil prices.

But it does suggest there has been an important link between oil prices and hedge fund trading this year that is worth further investigation and that should be factored into any discussion of what happens to prices next.