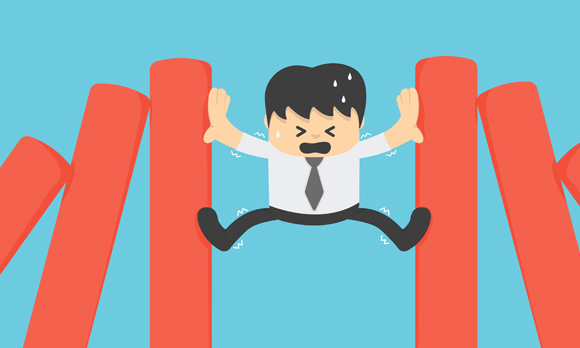 It'll take more than $40 crude to make OPEC change its mind, analysts said before the group's Dec. 4 meeting in Vienna.

In the year since the Organization of Petroleum Exporting Countries chose to defend its market share, and let prices sink, a 44 percent plunge in crude has slashed members’ revenues by almost half a trillion dollars. Undeterred, the group will press on with its strategy to batter rival producers when ministers meet next week, according to 30 analysts and traders surveyed by Bloomberg.

Saudi Arabia, OPEC’s biggest member, appears determined to see through its plan to eliminate a supply glut by squeezing out competitors like U.S. shale drillers, even as the resulting price collapse spurs dissent from Venezuela, Algeria and Iran. The kingdom’s tactic is “having the intended effect” as non-OPEC supply heads for its steepest retreat since the fall of the Soviet Union, according to the International Energy Agency.

“There’s no reason to expect any change of heart,” said Antoine Halff, a senior fellow at the Center on Global Energy Policy at Columbia University. “The strategy is working out, it’s just not solving the problem overnight. The market is rebalancing, and there’s pressure on shale oil production, but it will take time.”

For some OPEC members, opposed to the kingdom’s plan since they unveiled it last November, the cost has been too high.

Venezuela, facing a 10 percent economic contraction this year that would be the steepest in the world, has repeatedly called for a summit between OPEC and other producers to end the crisis. Oil prices may drop to as low as the mid-$20s a barrel unless OPEC takes action to stabilize the market, Venezuelan Oil Minister Eulogio Del Pino said on Sunday, advocating the group adopt an “equilibrium price” of $88 that would cover the cost of new investment in production capacity.

Yet even as prices languish below levels most members need to balance their budgets, the initiative failed to win the backing of the group’s dominant Gulf-based producers.

While Saudi Arabia isn’t immune to the crisis, which has forced it to burn through currency reserves and tap bond markets to plug a 20 percent budget deficit, the kingdom still has enough financial firepower to see the strategy through.

“Saudi Arabia is the chief architect of OPEC’s new policy, and despite calls by other members to reconsider, we expect them to remain steadfast,” said Harry Tchilinguirian, head of commodity markets strategy at BNP Paribas SA in London. Their “experiment in letting prices bring adjustments to the world’s oil balance has yet to run its course.”

One change ministers could agree is an increase in the group’s output target as Indonesia rejoins after a seven-year hiatus that was triggered by the Asian country’s wilting oil production. The ceiling may be raised to 31 million barrels a day, from the current 30 million, according to two OPEC officials who asked not to be identified.

Raising the limit would only be a formality to incorporate the returning member, without any impact on actual production, according to Miswin Mahesh, an analyst at Barclays Plc in London. OPEC has rarely observed the target since it was set in 2011, and has strayed ever further as Saudi Arabia and Iraq raise output to cement their market share.

There may be more to discuss regarding Iran’s ambitions as it aims to revive oil exports once sanctions are removed following a nuclear accord earlier this year. Iranian Oil Minister Bijan Namdar Zanganeh has said the country will restore production regardless of the impact on prices. At OPEC’s last meeting in June, Zanganeh suggested other members should reduce their output to make way for Iran’s return.

As the nuclear agreement isn’t complete, and OPEC typically only confronts problems when necessary, Iran’s return may not come up for discussion on Dec. 4, said Mike Wittner, head of oil market research at Societe Generale SA in New York. Even when Iranian barrels are flowing again, Saudi Arabia will be in no mood to make way for its political adversary, he said.

“Assuming Iran has sanctions relief, and they’re in the process of sustainably increasing their exports and production, I still don’t think there’s going to be a reaction from Saudi Arabia -- other than perhaps increasing their own production,” Wittner said.