Kemp: Should We Worry As Oil Stocks Hit 3 Billion Barrels? 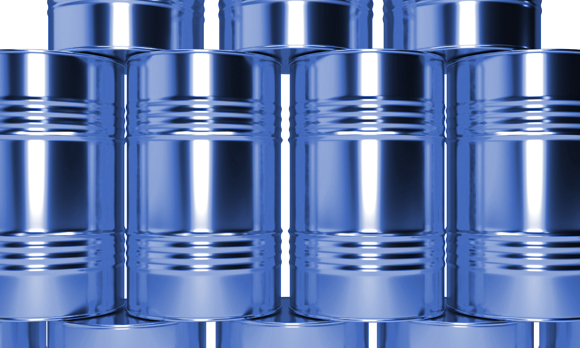 Nearly 3 billion barrels of crude petroleum and refined products are being stored by oil firms in the advanced economies according to the International Energy Agency (IEA).

LONDON, Nov 20 (Reuters) - Nearly 3 billion barrels of crude petroleum and refined products are being stored by oil firms in the advanced economies according to the International Energy Agency (IEA).

Commentators have seized on the 3 billion figure as a shorthand way to convey how oversupplied the oil market has become.

Large round numbers exert a powerful pull on the imagination but shorn of context they are meaningless and apt to confuse rather than illuminate.

The statistic is technically accurate but the way in which it is being employed by analysts and journalists is hugely misleading.

It would be more helpful to report the change, which is 240 million barrels, or 9 percent, over the last year.

The 3 billion barrels figure being widely quoted is actually for a relatively small subset of the total crude and products being stored.

Global stocks of crude oil and refined products are probably at least double this figure, at more than 6 billion barrels.

Oil producers, traders, pipeline operators and refiners held crude and products stocks in the OECD countries amounting to 2.989 billion barrels in September, according to the IEA ("Oil Market Report" Nov 2015).

But the figure excludes government-controlled stocks in the OECD, private and government stocks in emerging markets, oil in transit by tanker, as well as all stocks held by wholesalers and end-users.

OECD governments controlled a further 1.581 billion barrels of oil and refined products stocks as emergency reserves, taking total stocks on land in OECD countries to almost 4.6 billion barrels, according to the IEA.

Developing countries tend to hold smaller stocks in private and government-controlled storage but they account for half of global oil demand and could easily be holding another 1 billion barrels of stocks.

If refiners in emerging markets hold the same operational stocks on site as their counterparts in the advanced economies, there are likely to be at least another 500 million barrels in private storage in developing countries.

All the figures given so far exclude stocks in transit by tanker from oil exporting countries to the major refining centres.

Bob Runyon  |  November 23, 2015
we have reached the point of maximum pessimism.