Fighting for Oil in Syria: Sitrep 2015 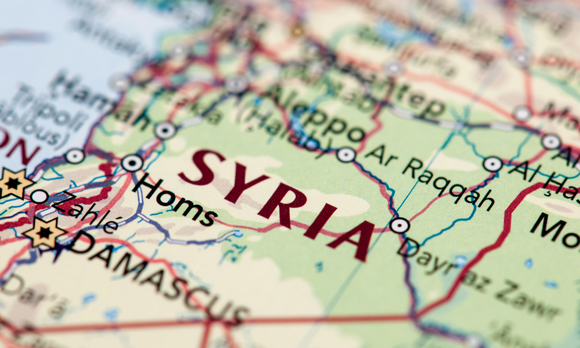 Rigzone highlights which Syrian oil and gas fields have been fought over most in 2015, highlighting the country's current production levels and the potential future of Syria's petroleum industry.

The Syrian civil war began in early 2011 as part of the Arab Spring protests, which originated in Tunisia in December 2010 and quickly spread to neighbouring countries such as Egypt, Libya and Yemen. In July 2014, Syria's oil minister stated that the country's oil sector had lost around $23.5 billion due to damage to facilities and pipelines, looting and production delays since the start of the country's crisis. As of July of last year, Islamist militants and other rebel groups were in control over most of Syria's oil producing regions and were showing no signs of slowing down the pace of their assault on the country's oil and gas fields. According to BP's Statistical Review of World Energy, Syria’s production figures had also dipped consecutively, every year, from 2011 to record lows in 2014. The country's oil output hit 33,000 barrels per day last year, down from 2010 pre-war levels of 385,000 barrels per day, and its gas production stood at 4.4 billion cubic meters [155.38 billion cubic feet] in 2014, compared to 8 billion cubic meters [282.51 billion cubic feet] in 2010. Clearly, Syria's oil and gas industry experienced a lot of adversity in the last few years, but how has the situation developed in 2015?

Clashes over the country's oil and gas fields have continued this year. Two of the most fought over fields in 2015 have been the Sha'er and Jazal assets, which have both experienced violent encounters between the regime forces and Islamic State over the last few months. Some of the most recent fighting in these regions occurred at the end of September with casualties reported on both sides, according to the Britain-based Syrian Observatory for Human Rights (SOHR), which is monitoring the conflict in Syria through a network of sources on the ground. SOHR reported further violent clashes around Jazal Sept. 15, which led to the death of a leading figure in the regime forces, as well as more fighting around Sha'er Sept. 14, 13 and 10. The group also stated Sept. 7 that Islamic State had completely seized the Jazal field, described by SOHR at the time as the regime's last oilfield in Syria, although Reuters reported Sept. 8 that the government had denied this claim. A further observation by SOHR Sept. 8 revealed continued clashes at the Jazal field. Violent conflict at the Jazal and Sha'er assets was also reported by SOHR in the summer and at the start of the year.

Other Syrian oil and gas assets that have been fought over this year include:

According to U.S.-based think tank the Brookings Institution, ISIS now controls 60 percent of Syria's oil production capacity. Syria's production levels have, however, stayed low amid the fighting, with figures from the U.S. Energy Information Administration (EIA) revealing that total oil supply averaged 34,000 barrels per day in the first few months of 2015. In a report released June 24, the EIA also estimated that dry natural gas production in Syria was down by at least 40 percent compared with pre-conflict totals. This ongoing depressed production is continuing to financially hurt Syria’s oil and gas sector which previously accounted for approximately one fourth of government revenues, according to the EIA.

The EIA's report in June confirmed that the exploration and development of Syria's oil and natural gas resources has been delayed indefinitely. Furthermore, this report stated that even if fighting in the region were to subside "it would take years for the Syrian domestic energy system to return to pre-conflict operating status".

In another blow to the hopes of reverting to a pre-war Syrian oil and gas structure, ISIS has taken to recruiting oil engineers in an effort to better manage its seized oil and gas assets.

With Russia launching a bombing campaign in Syria over the last few weeks, it doesn't look like fighting in the region is going to stop anytime soon, which isn't good news for the country's oil and gas sector. This means it could be a very long time before Syria gets back to being the eastern Mediterranean's leading oil and natural gas producer.