What Kind of Potential Does 3D Printing Hold for Oil, Gas?

The third level of printing that GE is exploring is the manufacturing of spare parts for installed fleets.

“Our customers complain about the need to keep relevant stock of spare parts in their warehouses to assure limited shut-down periods for their equipment and plants,” said Cecconi. “The AM-3D printing represents a paradigm shift, thanks to its ability to shorten production cycles and to bring production of hot gas parts of old gas turbine models like the Frame 3. To validate the assumption, it is possible to produce these parts quickly and with the same, or even better quality, than the original parts.”

While the initial development effort was mostly focused on turbomachinery components, GE is now in the process of extending its experience with 3D printing to its other produce lines such as subsea.

“We have defined a challenging roadmap to leverage AM capabilities for valve parts, aiming improved design and shortened procurement,” said Cecconi. 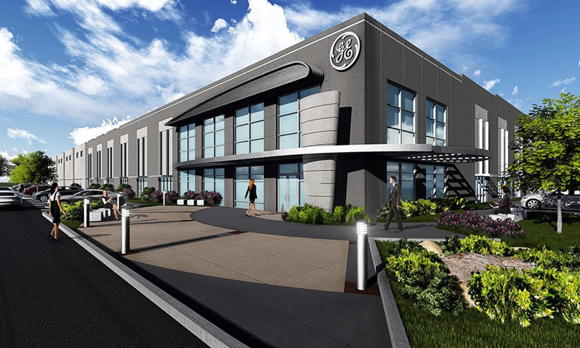 In November 2014, GE Oil & Gas announced it would start operations of a new GE Additive Manufacturing Plant in Pittsburgh, Pennsylvania. This plant will further accelerate knowledge-sharing and expertise across GE’s different businesses, including oil and gas.

“In summary, GE Oil & Gas is transitioning the technology from development and small rate to full production rate of components for turbomachinery applications,” said Cecconi. “Opportunities to apply the 3D printing technology are mostly still undiscovered, requiring at the same time to reinvent the way we design and produce parts.”

Oilfield service company Halliburton also has been using 3D printing across its different business lines, including completion tools, wireline and perforation tools, testing and subsea, and in its Sperry Drilling and drill bits and services lines, a Halliburton spokesperson told Rigzone.

Prototyping a part through 3D printing can take a couple of days, but the process is still faster compared with traditional prototyping processes, said Allen Zhong, research and development manager with Halliburton, in an interview with Rigzone. Parts with complex geometry also can be created more quickly with 3D printing. The limitations of traditional manufacturing mean that complex parts have to be broken into many components in order to machine the inside. By using 3D printing, parts can be combined to reduce the number of components. For example, a flow control device built through traditional manufacturing would have be built in two parts and then welded together; through 3D printing, the device can be printed in one part.

Accenture does sees potential for 3D printing in oil and gas, but the downturn in oil prices means that companies will want to save money in 2016, and likely delay plans to explore 3D printing. 3D printing is a research and development agenda for how to save money in five to 10 years, said Brian Richards, North America Energy Innovation Lead for Accenture, in a statement to Rigzone.

“People are thinking about non-critical parts, as well as customized tools as a starting point, but issues remain around liability if a part were to fail, as well as who owns the intellectual property,” said Richards.

A new type of 3D printer and materials for 3D printing would need to be developed to operate in the high-pressure, high-temperature environments where energy companies often operate, Richards said. Software also is needed to address the computational challenges of fabricating complex surfaces and intricate designs, but Accenture has not seen oil and gas make progress in this area.

Barry Calnan, 3D printing manager with 3D-Printing Solutions, part of well control and rig equipment consulting firm Subsea Solutions LLC, said that the materials available for 3D printing also would need to be certified by the oil and gas industry, in the same way that the aerospace and motor vehicle industries has done, to make them usable. Subsea Solutions uses 3D printed models as part of its training courses, allowing students to hold, take apart and reassemble components of equipment such as a blowout preventer.

Jack Denail  |  August 14, 2018
It is really good news for us because now 3D printer being used in tech areas like gas and oil filed.
Ryan willson  |  August 11, 2018
3D printing – or the process of making physical objects from a digital model using a printer – has been around for decades, but a number of industries, including oil and gas, are now exploring ways that 3D printing could enhance product development. 3D printing can be used in oil and gas means that old school engineering drawings would need to be translated into modern design.
printing error  |  June 06, 2018
3D printing is now working in Oil and Gas field. It is very pleasant news for development in print tech area.
Don YATES  |  November 06, 2015
The new generation 3D machines will have BOTH additive and subtractive technologies in the same interactive device. We are also working on 3D additive printing INSIDE a structure, not an external or stand-alone structure on a print table. This was recognised with our 3D WIN in the 2014 Australian Mining Prospect Awards for a production device that can drill / cut / print holes and structures in the unconventional oil & gas sector.
James Raison  |  November 04, 2015
This is the next step in the Industrial revolution, the article is correct when it mentions that engineers now cant grasp how they can use this technology. Conventional manufacturing is all about removing material - milling and turning (ok welding is slightly different), but with 3D laser printing its different. You can add internal channels which would have needed a number of parts made using conventional manufacturing. We, at the Nobu Group have already been producing products to be used in the Oil and Gas industry. It is a very exciting technology and you can use all sorts of materials - our products we made using Inconel 718.
Gary  |  October 28, 2015
A very interesting article and one that hits particularly close to home seeing as I took redundancy from a major operator to start up a 3D printing company! Currently the plastics in use in 3D printing arent suitable for use in operations however there are amazing advancements being made all the time and I foresee a future where plastics play a major role in the industry.