What Kind of Potential Does 3D Printing Hold for Oil, Gas? 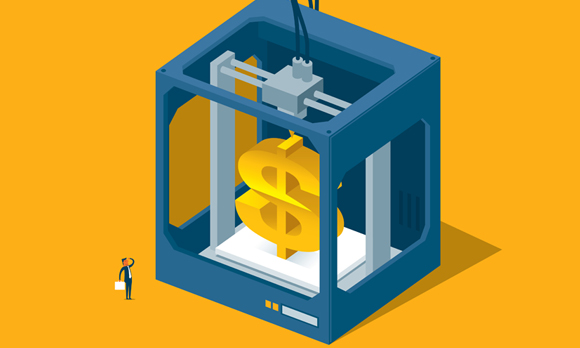 Expanded use of 3D printing could transform oil and gas operations, but challenges remain to fully utilizing 3D printing's potential.

3D printing – or the process of making physical objects from a digital model using a printer – has been around for decades, but a number of industries, including oil and gas, are now exploring ways that 3D printing could enhance product development.

3D printing, also known as additive manufacturing, rapid prototyping or rapid manufacturing, has made headlines in recent years as the convergence of increased technology sophistication, lower equipment costs and far greater diversification of 3D printable materials. This has allowed 3D printing to move into the mainstream manufacturing and consumer market, according to a 2014 Accenture report on 3D printing’s potential for the oil and gas industry.

The expiration of a number of 3D printing technology patents has allowed more companies to enter the 3D space. The move by a number of industries for 3D printing applications beyond non-functional prototyping, surge of technology start-up companies, and availability and quality of printable materials, also have contributed to the major surge of interest by industry in 3D printing, said Lux Research Analyst Anthony Schiavo in an interview with Rigzone.

The aerospace and dental industries have both used 3D printing to produce parts. Key advantages of 3D printing include the ability to make smaller parts or parts with complex shapes or to reduce waste of high cost materials, Schiavo said. 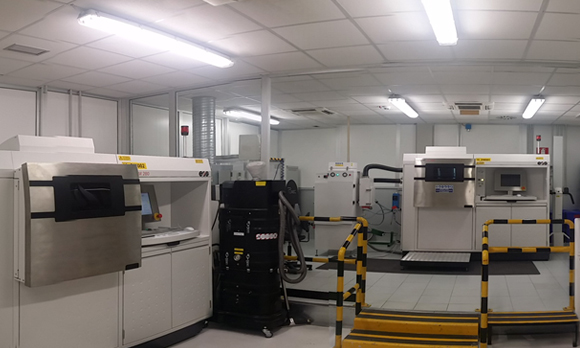 “Since then, the laboratory has grown its capabilities thanks to the addition of two additional machines for the development of turbomachinery components and special alloys,” said Cecconi.

One example of this approach is the AM development of the burner for the new NovaLT16 gas turbine, said Cecconi. Four different design concepts were manufactured using DMLM and rapidly tested into our full-scale combustion rig, substantially reducing the development and validation cycle of these parts by over 50 percent, said Cecconi. The selected design of the fuel burner was successfully produced in initial rate to equip the first NovaLT16 engines and positively tested with it.

GE also is leveraging its capability to generate complex geometries almost for free. The company is using this capability to redesign gas turbine combustion components with the introduction of innovative shapes and geometries, enhancing performance and emission reduction.

“The novelty of the technology requires a transformative mindset approach for our design engineers that are now able to move in an enlarged design space with increased geometrical possibilities, compared to traditional manufacturing technologies like investment casting,” said Cecconi.

The possibility to print a component in a single piece instead of multiple parts to be brazed, welded or bolted together is an additional benefit in terms of simplified manufacturing process and assembly operations.

“Compared to the traditional approach, our customers will also benefit from more frequent technology upgrades on their fleet due to the velocity of the new solutions introduction this technology allows,” said Cecconi.

Jack Denail  |  August 14, 2018
It is really good news for us because now 3D printer being used in tech areas like gas and oil filed.
Ryan willson  |  August 11, 2018
3D printing – or the process of making physical objects from a digital model using a printer – has been around for decades, but a number of industries, including oil and gas, are now exploring ways that 3D printing could enhance product development. 3D printing can be used in oil and gas means that old school engineering drawings would need to be translated into modern design.
printing error  |  June 06, 2018
3D printing is now working in Oil and Gas field. It is very pleasant news for development in print tech area.
Don YATES  |  November 06, 2015
The new generation 3D machines will have BOTH additive and subtractive technologies in the same interactive device. We are also working on 3D additive printing INSIDE a structure, not an external or stand-alone structure on a print table. This was recognised with our 3D WIN in the 2014 Australian Mining Prospect Awards for a production device that can drill / cut / print holes and structures in the unconventional oil & gas sector.
James Raison  |  November 04, 2015
This is the next step in the Industrial revolution, the article is correct when it mentions that engineers now cant grasp how they can use this technology. Conventional manufacturing is all about removing material - milling and turning (ok welding is slightly different), but with 3D laser printing its different. You can add internal channels which would have needed a number of parts made using conventional manufacturing. We, at the Nobu Group have already been producing products to be used in the Oil and Gas industry. It is a very exciting technology and you can use all sorts of materials - our products we made using Inconel 718.
Gary  |  October 28, 2015
A very interesting article and one that hits particularly close to home seeing as I took redundancy from a major operator to start up a 3D printing company! Currently the plastics in use in 3D printing arent suitable for use in operations however there are amazing advancements being made all the time and I foresee a future where plastics play a major role in the industry.