Oil, Gas Recruiters Weigh in on the Industry's Hard-to-Fill Positions 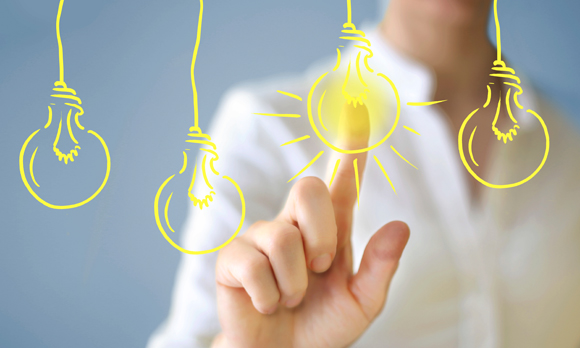 Rigzone speaks with global recruiters to determine which specialty skills the industry is looking for and which positions are in high demand.

Despite the thousands of layoffs that have affected oil and gas workers across the globe this year, the industry still has a need for workers with specialty skills and for specific positions.

Rigzone’s recent 3Q global hiring survey of almost 300 employers and recruiters revealed that though hiring is down, positions in engineering and science, management/support and maintenance and inspection are the most plentiful, respectively.

While oil and gas professionals who want to remain in the industry are anxiously awaiting on market conditions to improve and hiring to pick back up, aspiring industry newcomers are looking for their opportunity to jumpstart a career in oil and gas. Rigzone spoke with industry recruiters to see where the job opportunities lie and what skills are in high demand in the industry. 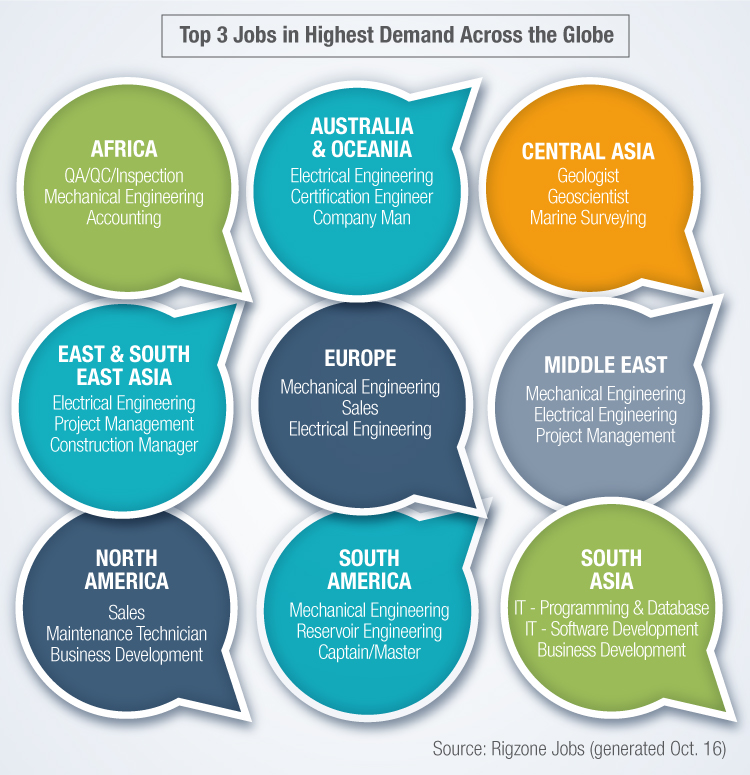 “Hiring technicians in Azerbaijan, Angola and Indonesia is the most challenging for us,” Robson told Rigzone. “We actively support nationalization in these countries through hiring experienced technicians in country and by running apprentice technician development programs.”

“The key challenge at present in these regions and indeed generally is a lack of experienced technicians in the market and the perception that the technician role is ‘low level’ or often perceived as ‘secondary’ to engineers,” said Robson. Actually, “technicians are critical to running safe and compliant operations, which is of paramount importance to BP.”

Robson said the high number of technicians in the market and on paper (CV, resumes and online profiles) look similar.

“At BP, we are looking for excellent technicians with real depth of knowledge and experience,” she said. “Applicants should seek to differentiate themselves by making their CV or resume stand out as much as possible.”

The Engineering, Procurement, Construction (EPC) sector of oil and gas is seeing the most movement with a big drive for contract labor among engineering and construction firms, Eric Peters, managing director for oil and gas recruiting company Faststream, told Rigzone.

He added that many of the midstream facilities are being built by the EPCs.

Peters identified roles that are harder to fill being engineers in the LNG facilities as well as technical sales positions within oil and gas service companies.

“Companies are very specific in what they want,” Peters said. “Technical sales people are a bit of a difficult find. Candidates need the technical knowledge – for example, they’ve been out to service the well sites and have worked on the equipment – but, they also have to have the gift of gab to be sales folks. Tangible technical skills are a must.”

Tom Baxter  |  November 17, 2015
CEOs and CFOs who have a high degree of comfort and understanding of how a balance sheet works is also important, Hesters added. When has anyone ever managed to hold any - senior or otherwise - financial position without being au fait with a balance sheet, let alone a CEO? Technical Sales people being required to be technical and salespeople is hardly revelatory and I would seriously question the demand for Subsea expertise in the current climate. I would like to have heard more about the clear skills gap challenges facing the Pacific and Gulf Coast major projects as well as the increasing complexity of contingent labour structuring (SOW/Consultancy/Agency/IC).