Lowering the Bar to Methanol Production 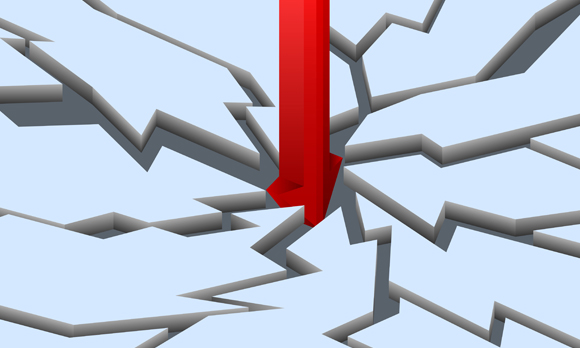 Methanol is a key chemical ingredient for the production of liquid fuels, solvents, resins and polymers. A common method for producing the compound, steam methane reforming (SMR), entails applying high-temperature (approximately 800 to 1,000 degrees Celsius [1,472 to 1,832 degrees Fahrenheit]) steam to natural gas or another methane-rich feedstock to produce "syngas." Next, impurities are removed from the syngas and a catalyst is applied to yield liquid methanol.

SMR is not without its drawbacks, however, according to a Connecticut-based manufacturer of stationary fuel cell power plants.

SMR's complexity, which stems from its reliance on high temperatures through multiple steps, limits its practical application to large plants that can achieve a commercially viable economy of scale, added Ted Aulich, principal process chemist for fuels and chemicals with the University of North Dakota Energy and Environmental Research Center (EERC).

Aulich and his team at EERC recently embarked on a three-year project led by FCE to develop a simpler, less cost-prohibitive alternative to the two-step SMR process. Their goal is to develop a fuel cell capable of converting natural gas and other methane-rich gas into methanol.

The battery-like electrochemical gas-to-liquid (EC-GTL) technology concept could result in a modular, efficient and cost-effective methanol production device, according to Aulich. He explained the fuel cell that FCE is developing would be scalable for a wide variety of deployments – from producing methanol at a large industrial plant to installing a single unit on an oil well to monetize associated gas that would otherwise be flared off.

A Solution to a Regulatory Emissions Problem?

In September 2011, 36 percent of the natural gas produced in North Dakota's Bakken formation was flared off, according to the state's Department of Mineral Resources.

Thanks to the addition of new gas gathering infrastructure as well as new state policies requiring oil and gas producers to capture more associated natural gas at well sites, the percentage of gas flared statewide has fallen to 20 percent as of Oct. 13, 2015. By the fourth quarter of 2020, North Dakota wants producers to capture 91 percent of associated gas.

EC-GTL could help solve a regulatory emissions problem for oil producers with a solution that generates revenue, according to FCE's Kurt Goddard.

"A market for this disruptive technology is enhanced oil recovery in remote locations where natural gas is flared as it is not economical to transport the gas," he said. "Using flare gas as the fuel source eliminates the emission of NOx from the flaring process and utilizes a fuel source that would otherwise be wasted."

"As envisioned, the one-step EC-GTL process works at a temperature of about 400 to 600 degrees Celsius (752 to 1,112 degrees Fahrenheit) and ambient pressure to partially oxidize methane to methanol," Aulich said.

Through the course of the $3.5 million project, which received funding from the U.S. Department of Energy's Advanced Research Projects Agency (ARPA-E) and the North Dakota Department of Commerce, EERC will work to improve the performance and economics of an "anode catalyst," which Aulich explained is a critical component of EC-GTL.

Aulich recently elaborated on the research team's plans for the EC-GTL concept in an interview with Rigzone. Read on for his insights.

Rigzone: What are the shortcomings of existing anode catalyst technology that you intend to correct?

Aulich: Key shortcomings are low natural gas conversion and low selectivity for methanol production, due to the difficulty in providing precisely the right amount of catalytic activity to effect partial oxidation of methane to methanol. Too little activity will translate to insufficient oxidative power and insufficient methane oxidation to methanol. Too much activity will translate to excessive oxidative power, resulting in methane oxidation that progresses beyond methanol to yield more highly oxidized, less valuable products like carbon dioxide.

Rigzone: What are the respective roles of EERC and FCE in this collaboration?

Rigzone: Various companies are developing plants to produce fuels and chemical building blocks from methanol. How does your work differ from what others are doing, and what niche do you see your technology filling?

Aulich: The primary difference is in the use of the electrochemical versus SMR approach to achieve a simpler technology that will enable commercial viability at smaller-scale than achievable with SMR. A key FCE target is a technology small and simple enough to deploy at individual gas wells and groups of wells.

R.J. Spoley  |  October 20, 2015
The problem with ethanol is and always will be, that you are trying to burn water (see the chemical formula for ethyl alcohol). Alcohol absorbs water from the atmosphere so easily, that getting pure alcohol is very difficult time consuming and expensive. Ethanol when mixed with gasoline acts as a co-solvent and makes water soluble in gasoline. This is why E-10 and other blends are bad for internal combustion engines. Normal gas station operations have vent tubes for filling under ground tanks that vent fumes when the tanks are being filled. The reverse is true when the fuel is pumped through the dispenser to a vehicle. This brings humid air into the buried tank where the water precipitates into the ethanol and thus gasoline. Fuel cells are no different.