Goldman Sachs: Chance Of Oil Falling Below $20 Is Under 50% 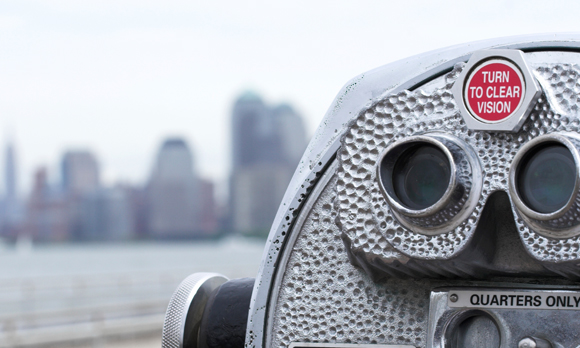 Investment bank Goldman Sachs says it does not see the price of oil breaking above $50 in the next year but the chance of it dropping to $20 is below 50%.

LONDON, Oct 15 (Reuters) – Goldman Sachs head of commodities research and commodities bear Jeff Currie said on Thursday that he does not see the price of oil breaking above $50 a barrel in the next year, but the chances of it dropping to $20 are below 50 percent.

Persistent oversupply, along with slowing demand from China and other emerging-markets as well as a stronger dollar, will create enough of a headwind to keep the price of oil below $50 a barrel through the coming 12 months.

Goldman is forecasting growth in oil demand of 1.62 million barrels a day this year and 1.28 million bpd next year, creating a surplus of some 400,000 bpd that will have to clear before the price can recover much beyond current levels.

"A substantially oversupplied market makes it that much more difficult in terms of trying to complete the adjustment process going forward, but also reinforces our view that of a chance that we trade down to $20, that's where we reach storage capacity constraints," Currie said at a news briefing.

That said, not all the world's spare capacity is readily available to come back online at the first sign of a significant pickup in the price, he said.

"We estimate there are 370 million barrels still available (in storage globally)."

Brent crude oil futures, which have halved in value over the last year, were around $49 per barrel on Thursday, having risen as high as $115 per barrel last year.

Oil hit a record high of $147 a barrel in 2008, just before the global financial crisis unfolded and plunged the world into recession.

At the time, the dollar hit a record low on a trade-weighted basis of around 71.00 and other commodity prices, such as copper or iron ore, were at, or close to record highs.

Currie did not rule out oil returning above $100 a barrel, but that would depend on far more factors that the balance between supply and demand.

"The world was a different place when we ran those triple-digit numbers. So, you would not only need oil to go back you'd need all those variables to go back. You created a perfect set of conditions that allowed you to get up to those levels," he said.

Goldman Sachs expects the Federal Reserve to raise U.S. interest rates for the first time in nearly a decade by the end of this year, thereby boosting the dollar and undermining commodities, which tend to suffer when the U.S. currency rises.