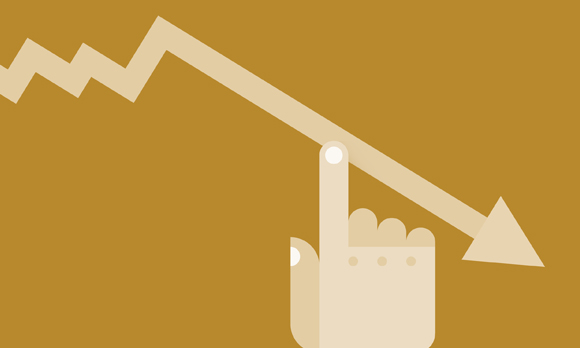 The IEA, which advises industrialised countries on energy policy, said in a monthly report on Tuesday that world oil demand will rise by 1.21 million barrels per day (bpd) in 2016, down 150,000 bpd from last month's forecast.

"A projected marked slowdown in demand growth next year and the anticipated arrival of additional Iranian barrels - should international sanctions be eased - are likely to keep the market oversupplied through 2016," the Paris-based IEA said.

The cut in the demand outlook, due in part to a weaker world economy, makes the IEA's 2016 growth estimate lower than the two other closely watched government forecasters, the U.S. Energy Information Administration and OPEC.

Oil prices, which rose earlier on Tuesday, turned negative after the release of the IEA report.

A drop in prices because of abundant supply to around $50 a barrel - half the level of June 2014 - has led to a downgrade in supply forecasts from countries outside OPEC such as the United States.

Next year, non-OPEC output is expected to contract by nearly 500,000 bpd, the IEA said, as drilling activity slows in the United States and companies elsewhere delay projects.

"Non-OPEC supply growth is disappearing fast," it said. "The sharpest slowdown is in the U.S., where onshore crude and condensate production has started to drop."

While the IEA still sees a contraction in non-OPEC supply next year, it expects supply to be about 100,000 bpd higher than in last month's report. This, plus the weaker global demand projection, prompted the IEA to cut its estimate of the demand for OPEC oil to 31.1 million bpd.

The Organization of the Petroleum Exporting Countries is already producing more than that, even before a potential lifting of sanctions on Iran clears the way for Tehran to increase exports in 2016.

OPEC raised supply in September by 90,000 bpd to 31.72 million bpd, the IEA estimated, saying it expected output to hover around 31.5 million bpd in coming months.

The group, in a move led by Saudi Arabia, in 2014 dropped its longstanding policy of supporting prices by cutting output, choosing instead to defend market share against higher-cost producers, and there has been no sign of a change of tack.

Iran, traditionally OPEC's second-largest producer, is keen to recover the market share it lost as a result of tighter sanctions. The pace at which this oil returns is a big uncertainty for next year, the IEA said.

Oil inventories could rise by 1.1 million bpd if Iran brings back an extra 600,000 bpd of oil output over 2016, according to the agency, compared with the 600,000 bpd inventory build-up it assumes otherwise.

This, as well as rising geopolitical tension over Russia's military intervention in Syria and a wide range in the demand and supply forecasts for 2016, clouds the outlook for now.

"Some of this uncertainty may start to clear next year although, considering Iran, the market may be off balance for a while longer," the IEA said.