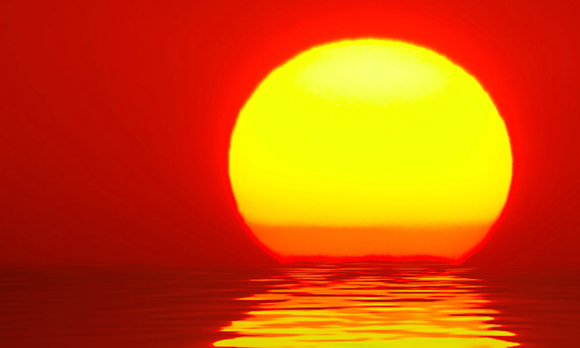 Canadian energy companies have cut thousands of jobs and scrapped projects in a drive to cut costs. Now they're raiding workers' perks.

Holiday parties, childcare benefits and Fridays off are being targeted as the rout in crude prices grinds into its 16th month, workers and company representatives say. The clampdown on perks comes as firms dig deeper for savings after eliminating about 36,000 oil and natural gas jobs in the crash, according to a tally by the Canadian Association of Petroleum Producers.

At Canadian Natural Resources Ltd.’s office in Aberdeen, Scotland, the only microwave is in overdrive after the cafeteria stopped serving hot meals and raised the price of sandwiches. The coffee cups are smaller, too. While the company has avoided job cuts, salary reductions of as much as 10 percent mean some workers are also earning less.

ConocoPhillips, which is cutting 500 workers in Canada this year, removed complimentary juice and soda from fridges in Calgary and canceled personal development benefits of up to C$1,500 ($1,153) a year that some employees used for sports training.

Cenovus Energy Inc. is weighing whether to end the practice of employees getting two Fridays off a month. The company already reduced its travel and training budgets and has eliminated 1,340 jobs.

“In times of fiscal prudence, it’s essential to see companies eliminating all unnecessary expenditures,” said Eric Nuttall, a portfolio manager at Sprott Asset Management LP in Toronto. “This whole every second Friday off thing, that’s the most egregious example.”

At Cenovus, “no stone is being left unturned” in a broad review of workforce policies, said Brett Harris, a spokesman. Employees currently work longer hours on other days to earn the Fridays off, he said.

“You are seeing a radical change in the incentives,” Read said. “It’s a grim reality that if they don’t reduce costs in every area, the situation will be dramatically worse.”

Companies are driven to get rid of perks to prove to shareholders they’re serious about lowering costs, said Chris Feltin, an analyst at Macquarie Group Ltd. in Calgary.

“One of the only factors you can control is costs,” he said.

The Standard & Poor’s/TSX Energy Index has fallen 22 percent in the past year, compared with a 5.8 percent decline in the S&P/TSX Composite index. Prices for the U.S. crude benchmark are down 45 percent in the past 12 months. West Texas Intermediate futures rose 0.3 percent to $47.24 in New York at 8:09 a.m Tuesday.

Cenovus’s earlier cuts are already affecting its bottom line. The oil-sands producer’s general and administrative expenses fell 28 percent in the second quarter from a year earlier. Job cuts and reduced discretionary spending helped, along with lower compensation costs because of a drop in the company’s stock price.

JGM  |  October 17, 2015
Its all the same cycle. Get rid of the low paid but keep the director perks. We have seen it all before, at least twice. the first one I can recall was CRINE. Sack the tea ladies but let management order in their coffees on expenses.
Liz E  |  October 14, 2015
How do you think having 9/80s costs the company money? We work extra hours each week to cover the day off. Its not like we work 40 and the company gives us a day off. Keeping 9/80s or starting them or perhaps 1/2 day Fridays is a no cost way to improve company moral and give a benefit.
Brian Dirk  |  October 14, 2015
I feel regarding that all the hard working oil people that have made this province of Alberta rich, should now be taken care of both Federally and Provincially as well as these people sacrificed a lot to give this country what it has to make it a rich country like it is. So rather than sent millions and millions of dollars to some country in Africa or elsewhere to people that are just too lazy to work and fend for themselves, give some to our own people now that they are suffering regarding the oil prices the way they are at present time. I really really wonder just how much of this millions and millions of dollars actually reach these poor lazy people in Africa or does most of it pay administration before it get there.
Loren reagan  |  October 13, 2015
Not enough and way to late, failed to recognize the problem again