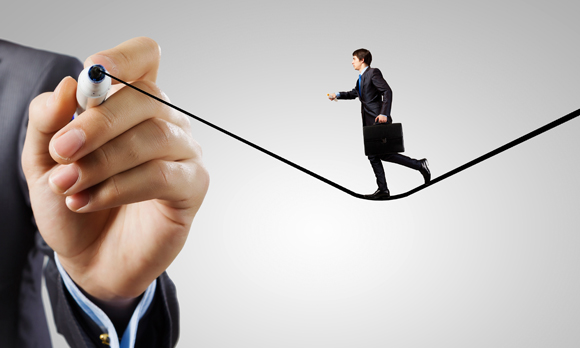 Global demand for crude is growing while non-OPEC countries are producing less of it, OPEC's Secretary-General Abdalla Salem El-Badri says.

(Bloomberg) -- Global demand for crude is growing while non-OPEC countries are producing less of it, helping to bring the supply and demand for oil back into equilibrium by next year, OPEC’s Secretary-General Abdalla Salem El-Badri and Kuwait’s oil minister said.

“The current situation in the market is positive,” El-Badri said Monday at a conference in Kuwait City. “I expect to see a balanced market in 2016, if the current situation persists.” Demand for crude from the Organization of Petroleum Exporting Countries will increase this year and next, he said.

OPEC’s commitment to keeping its output target at 30 million barrels a day is the “ideal solution” to re-balance the market and support prices, and the group has no plans to change the level before its next meeting in December, Kuwaiti Oil Minister Ali Al-Omair said at the conference. No members of the organization are currently calling for such a change, he said.

OPEC, led by Saudi Arabia and other Gulf Arab producers, kept the group’s official production target unchanged at its last meeting in June and has exceeded it for 16 consecutive months, according to data compiled by Bloomberg, in an effort to maintain market share amid a worldwide supply glut. Officials from OPEC and non-member states plan to meet at an expert level this month in Vienna to discuss the market, El-Badri said.

Brent crude, a global pricing benchmark, slipped 8.2 percent this year and tumbled 41 percent in the last 12 months. The contract was a cent higher at $52.66 a barrel on the London- based ICE Futures Europe exchange at 1:35 p.m. local time.

The gap between supply and demand for crude should close in the third quarter of 2016, Mohammad Ghazi Al-Mutairi, chief executive officer of state-run Kuwait National Petroleum Co., said at the event. Al-Omair, Kuwait’s oil minister, said the market is set for a re-balancing next year as output from “high- cost” producers is slowing amid the decline in prices while demand is improving on better world economic growth.

The oil industry’s “best days are yet to come,” as demand will grow to 110 million barrels a day by 2040, El-Badri said at the conference on Sunday.

The slump in oil prices has stimulated demand, and the onset of winter in the northern hemisphere will also help boost consumption, Kuwait’s Governor for OPEC Nawal al-Fuzaie said Sunday. That will reduce inventories and help crude prices recover, he said.

OPEC, which supplies about 40 percent of the world’s oil, plans its next policy meeting on Dec. 4 at its Vienna headquarters.

--With assistance from Anthony DiPaola and Nour Al Ali in Dubai.