Meanwhile, Chan observed that working in an offshore rig is not as tough as it seems as there are more women onboard the rig, usually alongside female trainees. And unlike the past, newer offshore rigs have separate bedrooms with attached bathroom and separate changing room just for women.

“There is always new technology coming in so we are constantly thinking of how we can drill a well safer, cheaper and faster. I wouldn’t mind being in the role of superintendent for a long time as it would be challenging,” she added.

“I am looking forward to leading in the complex and challenging well drilling situations, and at the same time developing and mentoring the new batch of young engineers. Of course, there is still a lot for me to learn before I can go down that path. I will have to work harder for that.”

Meantime, Chan is focused on her job and, in particular, winning the respect of her peers, which she believes is a matter of using her talent and skills to prove her “worth”.

“From being on the rig you will learn about rig psychology. From there you will learn how to get along with everyone else and talk with them. Slowly, they will show you respect and you will know each other’s strengths and weaknesses,” Chan elaborated.

Speaking as a trailblazer, she told Rigzone that PETRONAS is becoming a choice for more female employees to start their career with, especially in the offshore oil and gas environment.

“This will definitely inspire more women to take up the challenge and road less taken in the past.”

“With the equal and abundant of opportunities and structured training program provided by PETRONAS, I do believe we’ll have a more diverse and interactive workforce. There should be no barriers to women who are interested to work in a challenging oil and gas industry as we should always be driven by what interests us and what we want to be successful at,” Chan commented to Rigzone.

Such opportunities exist at PETRONAS, with the NOC spending around $116 million (MYR 500 million) last year on talent management as well as on leadership training and competency building, its top executive said Sept. 22, as reported by Malaysian news agency Bernama.

"It is quite a significant sum, but we take it as a long-term investment," PETRONAS President and CEO Wan Zulkiflee Wan Ariffin said at the CPA Congress 2015 in Kuala Lumpur.

Besides making a hefty investment in nurturing talents, the company also spent a lot of time looking at succession planning and developmental needs of its 51,000 employees.

The PETRONAS chief said the emphasis on talent management arose because of the changing demographic landscape within the company as 55 percent of its employees were below the age of 35.

Given its global operations, non-Malaysians formed around a fifth of the company's workforce last year at 21 percent, little changed from 2012 and 2013, according to data from PETRONAS SR2014. In terms of gender distribution within the firm, 72 percent were males, while females made up the remaining 28 percent in 2014 – a ratio that was in line with the previous two years. 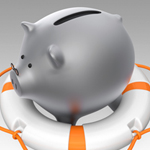 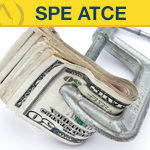 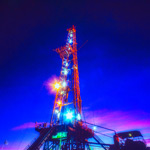