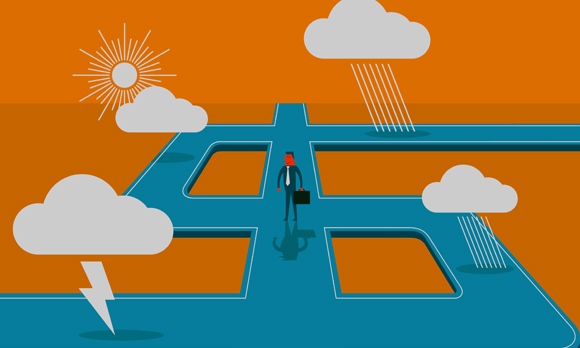 As Canada's oil patch grapples with a price shock, pipeline delays and rising tax rates, the federal election could add another barrier to recovery by reining in a key incentive for development of new wells.

(Bloomberg) -- As Canada’s oil patch grapples with a price shock, pipeline delays and rising tax rates, the federal election could add another barrier to recovery by reining in a key incentive for development of new wells.

Two of the three major parties jostling for power in the Oct. 19 vote are campaigning against “fossil fuel subsidies” and propose tightening the rules for a tax deduction that allows oil-and-gas producers to write off exploration costs against profits entirely in the year they’re incurred.

“There can’t be a disincentive for companies to undertake those exploration activities,” said Ben Brunnen, manager of fiscal and economic policy with the Canadian Association of Petroleum Producers. He declined to specifically respond to the election proposals but said the CEE tax deduction is a “critical component” of Canada’s oil and gas sector.

“If they’re not able to recover those costs, it just doesn’t make for a viable industry,” Brunnen said.

Canada’s sluggish economy has been a key theme of the campaign, which began Aug. 2. Output contracted for the first five months of the year before expanding in June and July. The oil patch has been particularly hard hit, facing layoffs and deferred capital investment. Alberta’s New Democratic Party, the federal NDP’s provincial counterpart, raised corporate taxes after winning power in a May election. And the country’s four major pipeline proposals are all delayed or stalled, leaving Alberta oil landlocked.

“Given the incredible economic challenges that the Canadian industry faces right now, to propose raising taxes seems like peculiar timing to say the least,” said Ian Dundas, chief executive officer of Calgary-based Enerplus Corp., an oil and natural gas producer with Canadian properties in Alberta and Saskatchewan, and U.S. fields in Montana, North Dakota and Pennsylvania. “It seems populist and it implies a misunderstanding of what all of this is going to do to the industry.”

Canada’s oil patch is in a global competition for capital investment, which is at a premium amid the price shock. “We need to incent people to invest. They have many, many, many choices so all costs weigh into that equation,” Dundas said.

Trudeau’s Liberals have surged in the polls to emerge as Harper’s top rival. They propose barring “fossil fuel” companies -- mostly oil and gas, as opposed to mining companies that are also eligible -- from using the CEE deduction for successful finds. Deductions could only be made for unsuccessful exploration and the change would not take effect until the 2017 fiscal year.

“We’ve taken a very measured approach to this. The fiscal plan that we put forward has it phased out gradually over a period of time,” said Ralph Goodale, a Liberal lawmaker and former finance minister who’s seeking re-election in oil- producing Saskatchewan. “The safeguard mechanism is if your exploration is unsuccessful, you’ll still be able to make the claim. That should ameliorate any serious deterrent effect.”

The New Democrats, who led in polls for much of the campaign and have since slid to third, also favor “tightening” use of the deduction. The party hasn’t specified how it would do so and didn’t respond to requests for comment.

Both parties plan on raising similar annual revenue from phasing out fossil-fuel subsidies, with the NDP booking C$240 million ($182.5 million) compared to C$250 million for the Liberals. How they will do so unclear, as the CEE deduction is the only measure specified and a 2012 review by Canada’s environment commissioner said government data didn’t allow for an estimate of how much tax revenue is foregone by the deduction.

The Department of Finance is unable to calculate the deferred revenue, in part because the CEE is more an acceleration of a typical deduction -- 100 percent of the costs can be deducted in the same year they’re incurred -- rather than a standalone tax break, spokeswoman Stephanie Rubec said.

All fossil-fuel subsidies, including for Canada’s oil sands, averaged about C$368 million annually over the first four years of Conservative rule, which began in 2006, the environment commissioner found.

Joe V  |  October 06, 2015
Its all about job creation. The government gets plenty of money back from income taxes. More jobs in energy sector means more ancillary businesses, and more employment again. Why should oil companies invest in Canada if theres better deals elsewhere? Justins father did a lot of damage to western Canadian economies; the boy seems of the same ilk. The NDP? Can you spell welfare? Whos going to pay for all the subsidies and handouts? Now let me see ... oh yes, taxpayers! You know, the working stiffs.
Scott  |  October 05, 2015
Interesting article, but tax breaks/incentives are not subsidies. I think its important we use the correct language when talking about issues like this. Otherwise people think the government is giving oil and gas companies tax-payer money, when that is not at all the case.