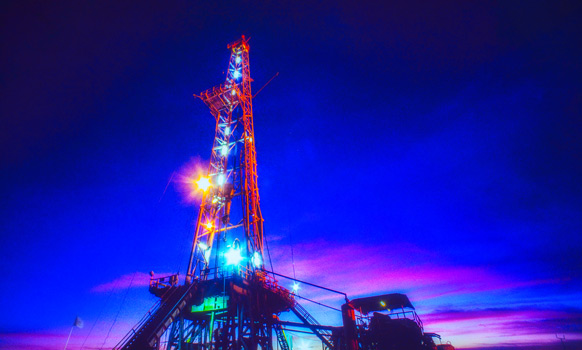 Encana and others envision a future with a more stable flow from wells, so that they don't always have to keep drilling simply to maintain output.

The Canadian producer is among a growing number of companies that are restricting initial output -- a process known as choking back -- in basins from North Dakota to Texas. They’re conceding huge up-front gushers of crude in exchange for smaller production declines over time so that the wells ultimately generate more oil.

The strategy sacrifices one of the biggest benefits from shale. The early gushers paid back investments fast, allowing companies to pour capital into new projects. Instead, Encana and others envision a future with a more stable flow from wells, so that they don’t always have to keep drilling simply to maintain output.

Curbing initial production allows companies to maintain the pressure and integrity in their wells, which means output doesn’t fall as fast. Shifting to the technique can avoid steep declines, a phenomenon known in the oil world as the Red Queen, the character in Lewis Carroll’s “Through the Looking-Glass” who tells Alice, “It takes all the running you can do, to keep in the same place.”

Choke management is among a number of strategies -- including moving to richer parts of fields, completing wells with more sand and water, and refracking -- that U.S. drillers have used to stave off a collapse in production. Output has fallen just 5 percent from its peak even though companies have shelved more than half their rigs amid a price slump.

The oil industry is “finding ways to continue marginal production in a way that would have defied probability and reasoning before companies took the kinds of actions they’ve taken,” said Ed Morse, the head of global commodity research at Citigroup Inc., in an interview.

Shale has revitalized the U.S. energy industry, turning around decades of falling oil production and driving investment down the chain in areas including pipelines, refining and chemical manufacturing. U.S. gross domestic product will be about 0.7 percent higher in 2020 because of shale, the Congressional Budget Office estimated in December.

Wells are equipped with valves that can open and close to control the flow of oil and gas. When they’re first tapped, hydrocarbons rush to the surface because of the difference in pressure between the atmosphere at the top of the hole and the reservoir sitting under the weight of thousands of feet of rock.

When Newfield Exploration Co. opened new wells in the Bakken formation in North Dakota, it found the pressure difference created flows so strong they would sweep along the sand meant to prop open cracks in the shale, said Danny Aguirre, the company’s head of investor relations. By using pressure control, Newfield gets more oil over the life of the well and can save money by not having to add as much artificial pressure, he said in an interview.

Encana credits limiting up-front production with boosting the overall output from its wells.

“We choke wells back in the early time because we think it produces more production over the first 180 days and a bigger EUR,” Encana CEO Doug Suttles said last month at an investor conference in New York, referring to estimated ultimate recovery.

The difference can be seen in Karnes County, Texas, the heart of the state’s Eagle Ford shale region. EOG Resources Inc. drilled there last fall, delivering an average 2,000 barrels of oil a day in their first month. For its part, Encana wells produced about a third of the output in the equivalent period.

West Texas Intermediate fell 47 cents to $44.27 a barrel on the New York Mercantile Exchange at 10:44 a.m. New York time. The U.S. benchmark has lost about half its value over the past year.

John  |  October 07, 2015
Good economy makes good politics. Socialist countries are driving projects except for Venezuela which exports asphalt.
Philippe  |  October 05, 2015
This “Red Queen” production scheme is in line with previous statements I made on RigZone. This “Red Queen” mitigates the IP versus EUR volume of production. The “Red Queen” reinforces my theses that elephant mega projects requiring multi billions dollars of capital are in jeopardy from privately own majors. The capital must pay back in a relatively short time. This pay back is predicated on the time the crude production can provide the benefits. Since elephant mega project, meaning standard type reservoir requires capital to be invested up front. With crude oil at $50 or even $60 per barrel, it becomes problematic to pay back loan in 5 years or less. It is not for a privately own majors in there interest to carry a debt of several, if not dozens, of billions of dollars for 30 years. This is where shale production comes in. The initial capital is comparatively low, but this capital will be invested over time, as the economics of O&G warrant the investments. All these elephant mega projects will be financed by state own oil companies. The state own majors have to satisfy the social project regardless of the price of crude oil. To this date they have been reluctant to provide any capital, this was regarded as the price to pay to become a minor JV. The JVs presently in place will become a burden to the minor JV partners. EXXON has a payback policy of 3 to 5 years, possible with crude oil at $80 to $100, $50 not possible!
DGG  |  October 04, 2015
OK, seems like another round of propoganda from the shale industry? Look fighting for survival makes you do weird things. I dont see how wells are economic if they dont pay back in the first 18 months? If it is low rates you want, then why frac - EUR and long tales will be awesome. I see the industry trying to fool the banks into lending them even more money..... worked the first time? Look not to single out the shale industry as the majors have been chasing white elephants in lands far away at all costs - I think the shale story is better than that.