How Israel Turned A Gas Bonanza Into An Antitrust Headache

Israeli politicians are concerned that companies lined up for Leviathan's contracts could look elsewhere.

Jordan had agreed to buy Leviathan's gas for 15 years in a deal that worth up to $15 billion, but it has not yet signed. A similar preliminary agreement has been signed with British oil and gas company BG Group to negotiate a deal to export gas to BG's LNG plant in Idku, Egypt.

Italian energy group ENI, which discovered Zohr, is talking up Egypt as a regional gas hub and President Abdul-Fattah al-Sisi, keen to draw investment as the economy recovers from political upheaval, has promised a unified investment law that will make life easier for international investors.

If Israel's government can clear the regulatory and antitrust hurdles quickly, Noble and Delek could still manage to bring Leviathan onstream quicker than Zohr, increasing the chances of export contracts. But the window is closing.

ENI is also offering Israel something of a lifeline. It says it would be willing to pull together the resources of Israel, Egypt and Cyprus and develop one vast gas supply hub for Europe. But Israel still needs to get Leviathan up and running first. 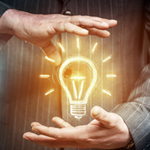 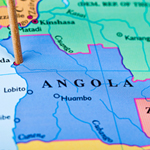 John Morris  |  October 03, 2015
I think thats called counting the chickens before they hatch. They do that a lot in the EU and UK.