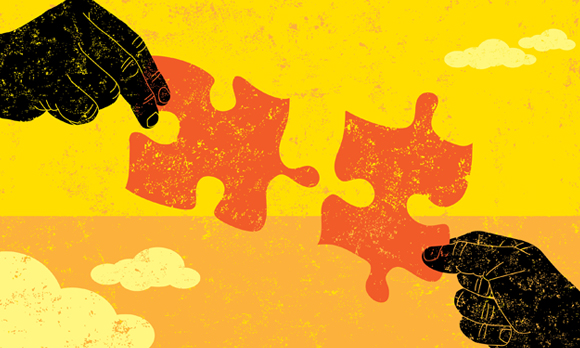 If there was any question over whether this year's oil crash would give rise to a new era of energy megadeals, there isn’t anymore.

(Bloomberg) -- If there was any question over whether this year’s oil crash would give rise to a new era of energy megadeals, there isn’t anymore.

Oil has fallen by almost two thirds from last year’s June high to a six-year low of $37.75 a barrel on Monday, helping to drive companies to acquisitions. Three of the last five quarters have exceeded $160 billion in deal volume, surpassing even the late 1990s, a period when many of the world’s largest energy corporations were formed, according to data compiled by Bloomberg.

Exxon Mobil Corp., BP Plc, Chevron Corp. and Total SA all expanded by absorbing smaller rivals towards the turn of the century, becoming what some now call the "supermajors." U.S. crude averaged about $21 a barrel from 1998 to 2000, bottoming out in December 1998 near $10.

Adjusted for today’s dollars, the fourth quarter that year saw about $157 billion in deals including the combination of Exxon and Mobil. In the second quarter of this year, there were about $258 billion in global energy deals announced.

--With assistance from David Wethe in Houston.