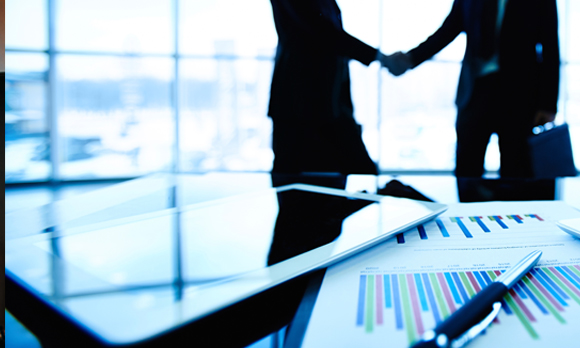 Schlumberger reaches an agreement to acquire Cameron for a total transaction value of $14.8 billion. Cameron stock skyrockets 41% after transaction announcement.

Schlumberger chairman and CEO said in a statement that the agreement would open new opportunities for his Paris-based company of 120,000 employees.

“With oil prices now at lower levels, oilfield services companies that deliver innovative technology and greater integration while improving efficiency, which our customers increasingly demand, will outperform the market,” he said. “We believe that the next industry technical breakthrough will be achieved through integration of Schlumberger’s reservoir and well technologies with Cameron’s leadership in surface, drilling, processing and flow control technologies. Deep reservoir knowledge further enabled by instrumentation, software and automation, will launch a new era of complete drilling and production system performance.”

He said the company “looks forward to welcoming the talented employees of Cameron,” and there was no mention of duplicative workers or layoffs.

As for Houston-based Cameron (NYSE: CAM), which has about 28,000 employees, board chairman and CEO Jack Moore said in a statement that the transaction builds on the companies’ partnership on the OneSubsea program and will position Cameron for its next phase of growth.

The transaction is subject to Cameron shareholders’ approval, regulatory approvals and other customary closing conditions. It is anticipated that the closing of the transaction will occur in the first quarter of 2016.