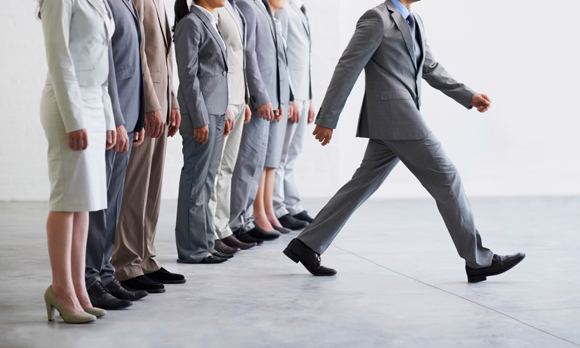 Rigzone takes a look at employment developments in Norway during 2015, highlighting the reasons behind some of the largest cutbacks in the region and examining what hope there is for the area in the future.

Norwegian oil and gas industry workers have been having a tough time during the latest downturn in the sector. The country's exploration and production companies, as well as its oilfield services firms, have cut staff throughout 2015, as a response to the decreasing oil price.

Aker Solutions was one of the first companies to announce workforce cuts this year, revealing plans back in February that it was considering laying off up to 300 engineering and project management employees due to a decline in activity within Norway's maintenance, modifications and operations market.

Royal Dutch Shell plc followed Aker's lead in April and slashed 120 of its 900 workers in Norway, as well as reducing its contractor numbers by 140 people, in an effort to cut costs. Shell stated that 100 positions would be cut from the company's headquarters in Stavanger, with the rest of the layoffs coming from its operations department in Kristiansand, according to a Reuters report at the time.

In May, oilfield services firm Subsea 7 informed 190 members of its staff in Norway that their jobs were being terminated as a result of workforce overcapacity in the region and in June Statoil confirmed that up to 1,500 of its employees, and more than 500 consultants, could be let go by the end of 2016. Statoil's workforce reductions, which were "necessary to strengthen Statoil's competitiveness", according to Statoil Chief Operating Officer Anders Opedal, are part of the company's plan to save billions of dollars from 2016.

In July, Technip revealed that it would be laying off 6,000 employees from its global workforce as a way to combat a "challenging environment in oil and gas". The company has stated that it will be reducing its presence in Asia, Brazil and Europe, where Technip has offices in Sandvika, Stavanger, Haugesund and Oslo East.

Despite the recent cutbacks in Norway's upstream industry, the country's largest bank has stated that Norwegian energy businesses are actually coping with a weaker oil price and slowing economy better than expected, according to a report from Reuters. The news agency said that DNB believed these businesses were coping well because of a broad portfolio of contracts and strong cash generation.

In a separate report, Reuters also claimed that data from Statistics Norway suggested the slump in investment in Norway's oil and gas sector would level off from 2016. Reuters said that preliminary figures from Statistics Norway showed total 2016 investments were estimated at $23.8 billion, which is 1.4 percent higher than the 2015 estimate released in June last year.

In further good news for industry professionals in the country, the Norwegian Petroleum Directorate announced May 27 that current recoverable oil on the Norwegian Continental Shelf exceeds the estimated figure for 2005, which suggests there is plenty of work still to be done on the NCS. A report from Reuters in April 2015 also revealed that Norway was launching a licensing round in mature areas, which will include new blocks near the Aasta Hansteen gas field and near the Alta and Gohta finds. The government plans to hand out the blocks in the licensing round in early 2016, further highlighting the medium-term working opportunities in the region.

Another positive development for oil and gas industry workers in Norway is the recently-improved working environment for offshore oil rig workers, which was achieved thanks to a strike threat in June 2015. Due to 574 rig workers threatening to go on strike over a wage dispute, all workers will receive a one-percent wage increase and the minimum raise will be $702.01 per year.

Norway's oil and gas sector has suffered far too many job losses this year, but as the above shows there is some positive news, as well as statistics, for optimists to hold onto.