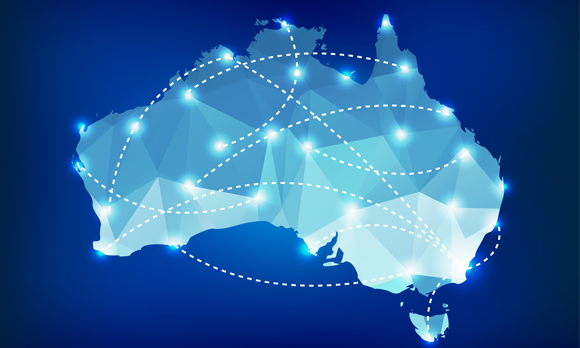 Aubrey McClendon, the wildcatter who pioneered the U.S. shale revolution by going where big oil companies wouldn’t, is at it again. This time in Australia.

(Bloomberg) -- Aubrey McClendon, the wildcatter who pioneered the U.S. shale revolution by going where big oil companies wouldn’t, is at it again. This time in Australia.

Emboldened by the exodus of producers such as Chevron Corp. and Statoil ASA from Australian shale, McClendon and private- equity investor John Raymond are pouncing amid the rout in global crude prices and a dearth of other ready investors, said Fadel Gheit, an analyst at Oppenheimer & Co. in New York. Australia is home to the world’s sixth-largest shale oil reserves and seventh-biggest tranche of shale gas, according to the U.S. Energy Information Administration.

“The big boys left town and that left an opening for the likes of McClendon and Raymond,” Gheit said in a telephone interview. The major oil companies “left a vacuum and these guys are ready to go against the grain and fill it. It’s what they do.”

McClendon’s American Energy Partners LP is negotiating two acquisitions with a combined value of more than $160 million for Australian drilling rights that span an area the size of New York state. That followed the disclosure last week that Raymond’s Energy & Minerals Group agreed to invest in Pangaea Resources Pty.’s shale holdings in the country.

Brent crude futures, a benchmark for international oil prices, dropped 59 percent in the past 14 months as a flood of supply from North American shale and Persian Gulf fields overwhelmed demand.

McClendon’s American Energy signed a letter of intent and a three-month exclusivity agreement with Armour Energy Ltd. to acquire a 75 percent stake in 21.5 million acres (8.7 million hectares) of drilling rights, Brisbane, Australia-based Armour said in a statement on Thursday. Armour shares surged as much as 70 percent after the announcement before closing 49 percent higher Thursday in Sydney.

Anthony Skeryanc  |  August 24, 2015
Your lead-in statement in which you declare Aubrey McClendon as having pioneered the U.S. shale revolution is, in my opinion totally erroneous. The seeds of the U.S. shale revolution were planted by the Section 29 Tax credit, which stimulated extensive drilling in CBM, tight Devonian black shale and tight sands. This led to thousands of vertical wells. The pursuit of these unconventional reservoirs led to major progress in drilling and completion technology. A ground swell built and George Mitchell of Mitchell Energy demonstrated remarkable staying power in applying lateral drilling in the Barnett Shale in North Texas. He continued to experiment with completion techniques. Over a period of several years as Mitchells improved techniques and eventual success began to be disseminated, an industry feeding frenzy followed. Granted, McClendon was very aggressive as were others but if a single person is to be anointed as having pioneered the U.S. shale revolution, I believe that George Mitchell deserves that recognition. And no - I did not work for Mitchell but I have been involved with unconventional resources since 1989 and have watched as the industry has now become a victim of its success, but much to the good of the country and long term energy independence.