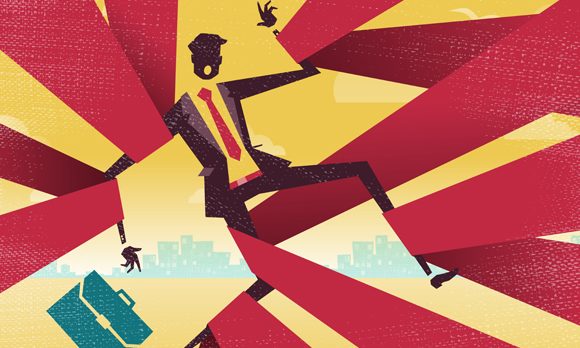 Federal regulators renewed interest in how banks value the assets of their oil and gas investments may reduce banks' flexibility to meet client needs.

Banks that loan vast sums of money to keep the oil and gas industry churning ahead this fall are expecting anew the eagle eyes of Uncle Sam over their shoulders during the semi-annual base borrowing redetermination.

The Shared National Credit review process is designed for banks to evaluate the value of the energy company assets they have invested in, and ensure their returns will continue as expected.

But given the deep dive of oil prices during the last year, it appears that federal agencies, including the Office of the Comptroller of the Currency (OCC), want a clearer picture of what’s happening during these spring and fall redeterminations.

In an OCC spring 2015 report, the agency indicated there were concerns about weak underwriting standards for syndicated leveraged loans, as well as loosening of standards and increased layering of risk and other practices.

“The OCC’s [National Risk Committee] is monitoring several risk issues that warrant awareness among bankers and examiners. These risks have the potential to develop into broader systemic issues and may already raise concern at individual institutions,” the report said.

Direct exposure to oil and gas was cited as a top risk to major banks.

“The significant decline in oil prices in 2014 could put pressure on loan portfolios in the oil and gas production and services sector and on areas of the United States that are heavily dependent on this type of economic activity,” the report said.

As the OCC noted, oil prices dropped more than 50 percent from June 2014 to the first quarter of 2015, as increased production from the United States and OPEC nations coincided with weaker global demand.

OCC said the oil price decline does not represent a “systemic supervisory concern from direct exposures at this time, but the OCC is monitoring the effects.”

Rather, it’s “the duration of the price decline, degree of leverage at oil and gas production companies, and the expense and sophistication of each company’s production operations [that] will determine the severity of the impact on local economies. The potential spillover effects could be greatest in residential and nonresidential construction, retail and wholesale trade, accommodation and food services, and local governments (through declining tax revenue). Colorado, Louisiana, North Dakota, Oklahoma, Pennsylvania, Texas, and Wyoming previously thrived from oil exploration and development activities and are likely to be the states most affected if companies pull back, cancel significant projects, or lay off employees.”

Indeed, 2015 has been dire for many of those in the energy business. Almost a dozen U.S. oil and gas companies have filed for bankruptcy protection during the first half of the year. And, a recent report from Swift Worldwide Resources indicated that the total number of oil and gas job losses worldwide is more than 150,000 – a course that shows little sign of slowing down.

As such, the report said OCC staff “will evaluate the underwriting practices of new or renewed loans in banks’ loan portfolios for easing in structure and terms. These reviews will focus on new products, areas of highest growth, or portfolios that represent concentrations. Reviews may also include an assessment of the banks’ efforts to mitigate [home equity line of credit end-of-draw] risk, as appropriate. Where indicated, examiners will also assess banks’ actions to assess, monitor, and manage both direct and indirect exposures to the oil and gas sector, given the recent decline in oil prices and the potential for a protracted period of low or volatile prices.”

The feds also said that risks to the U.S. economy include geopolitical risks and “slumps in investment and regional real estate due to sustained low oil prices.”

Analysts at Wells Fargo Securities said in a July 23 equity research note that the issue of borrowing base redetermination had dominated some recent discussion this year, but that in the past, investors have considered that redetermination talk overstated and that banks are capable of engineering a soft landing.

Wells Fargo said in a July 27 note that industry insiders have “understandably gotten caught up in crude falling and with that much bearish sentiment, it’s hard to conceive of equity offerings,” that could lighten the load of companies needing bank assistance.

“With redeterminations looking, we would suspect nearly all companies have already had bank conversations and thus know where the stand in a few months. If the redetermination date is say, October, and regulators are limiting flexibility, that only leaves two full months to get something done” with equity offerings.

“Everybody is trying to be open and honest, and banks are regulated institutions, but how that translates into bank [autonomy] is to still to be determined, but it could only make it less flexible than in the past.” -Senior Houston investment banker

As a result, senior bankers are concerned the feds’ involvement could limit the approaches that banks may take to assist its borrowers. One investment banker in Houston told Rigzone that when the regulators criticize loans, the banks have to put up more capital against those loans, and that impacts the banks’ bottom line.

“In general, banks don’t like to hold sub-standard paper or assets on their books, and so over time – they won’t do it immediately – [banks] are going to exit that facility as quickly as they can,” the banker said.

If a company needs more capital because its borrowing base has been impaired, most banks aren’t going to be willing to place capital with an entity with substandard credit. That starts to reduce the banks’ ability to help their clients “because the ringleaders have viewed it’s not where the banks ought to be putting regulated capital.”

Regulators simply don’t want banks, and their regulated capital, to be at the mercy of extended geopolitical risk of oil price destabilization. And that became clear after the spring borrowing base determination.

“The regulators, right or wrong, ended up criticizing loans we didn’t think were that bad,” the banker said. “I mean, they may be stressed, but they weren’t so bad as to be called sub-standard.”

Banks have alerted their clients to the change, which amounts to a paradigm shift, “But it just doesn’t serve anybody to say, ‘Things are going to be really bad – you better watch out!’ Everybody is trying to be open and honest, and banks are regulated institutions, but how that translates into bank [autonomy] is to still to be determined, but it could only make it less flexible than in the past,” the investment banker said.

(Editor’s note: Press relations staff at the Office of the Comptroller of the Currency told Rigzone the latest review of the Shared National Credit was not yet available.)