What Now for the Falklands? 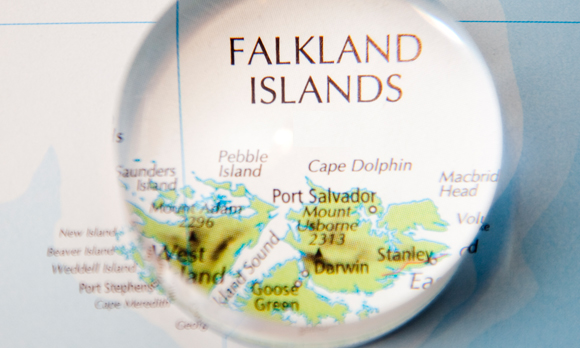 Rigzone takes a look at the recent oil discoveries in the North Falkland Basin and asks the "what now" question amid lower oil prices.

Around this time last year, a number of oil and gas explorers involved in the Falkland Islands in the South Atlantic were gearing up for what they hoped would be a successful drilling campaign in 2015.

A year later these explorers have had some success with the drill bit, but the collapse in the price of oil from more than $100 per barrel in August 2014 to around $50 per barrel at the time of writing has dented the enthusiasm for exploration around the remote Falkland Islands somewhat. Pure-play Falklands explorer Borders & Southern has seen its share price fall by more than two-thirds since last August, while other oil and gas companies conducting exploration around the islands – such as Rockhopper Exploration plc and Premier Oil plc – have also had their stock hit hard.

The last piece of good news to come out of the Falklands came at the end of May, when Premier and Rockhopper announced the Isobel Deep discovery in the North Falkland Basin some 25 miles south of the Sea Lion field (discovered in 2010). The bottom 79 feet of the well was found to consist of oil-bearing sands, according to the two companies.

This success followed the firms' news in April that the Zebedee well – also in the North Falkland Basin and the first well in a planned six-well drilling campaign this year – had struck oil. Zebedee, located on the PL004b license, penetrated several targets in the Cretaceous F2 and F3 formations that had a total net pay of 136 feet. One interval (the Zebedee sand) was found to be bearing a net 81 feet of oil while another (the Hector sand) holds 55 feet of gas.

At the time, Rockhopper CEO Sam Moody said he was "delighted" that his firm's exploration team had enjoyed success at nine out of the 11 wells the company was involved with.

However, the lower oil price has led to operator Premier Oil deferring the sanction of field developments in the Falklands – particularly its 160 million-barrel Sea Lion project. The firm intends to reduce its 60-percent stake in Sea Lion ahead of any development, which could be a tall order given the low oil price and the remoteness of the Falklands when it comes to friendly markets; the Falklands are just 300 miles or so from Argentina but the South American country – which lost a war against the UK over the sovereignty of the islands in 1982 – is currently hostile to the development of natural resources there and has threatened legal action against oil and gas companies exploring for hydrocarbons in the territory.

Analysts at investment bank Macquarie reckon that Premier Oil has to believe in a long-term oil price of $84 per barrel and above for the Sea Lion project to go ahead.

Meanwhile, there are big question marks about the commerciality of Borders & Southern's Darwin East gas condensate discovery in the South Falkland Basin in the new oil price environment, according to analysts who follow the company.

Yet exploration continues. Premier is still in the midst of a six-well drilling campaign in the North Falkland Basin, with the Jayne East and Chatham wells to be drilled next by the Eirik Raude (UDW semisub) rig. Meanwhile, U.S. independent explorer Noble Energy Inc. is currently drilling at its 35-percent owned Humpback prospect to the southeast of the Falklands. Humpback is estimated to contain more than 250 million barrels of gross un-risked oil resources.

The low oil price is certainly a problem for Falklands explorers, but the oil and gas industry has been in this situation before when exploring for and deciding on whether to commercialize hydrocarbons in the islands. During the 1990s, a number of companies were involved in drilling in the Falklands but the collapse in oil prices to $10 per barrel in the late 1990s put paid to any development plans back then.

So, history appears to be repeating itself. However, even if the oil price remains low over the short-to-medium term (which is by no means certain) the better geological data and drilling results acquired from the recent exploration activity means the industry will have a very good idea where to drill and which fields to develop in the future. Oil and gas exports from the Falklands will happen one day, it's just a question of when!