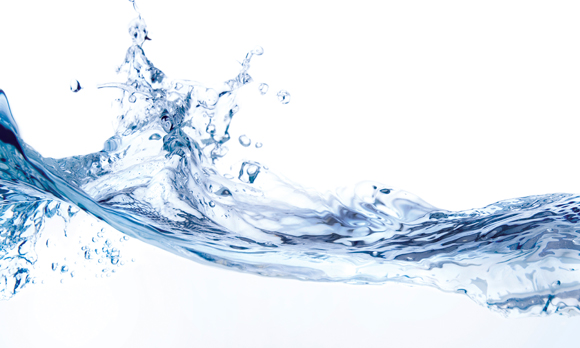 Despite a decline in hydraulic fracturing activity, the value of the fracking water management market remains at $1.9 billion, Lux Research reports.

The estimated value of the hydraulic fracturing water management market remains at $1.9 billion for 2015 – not including water transportation and disposal opportunities – despite the sharp decline in fracking activity due to weakened global oil prices.

U.S. frac activity remained strong for several months following the start of oil’s decline in July 2014, but finally started to start slow in January. The number of fracs in the United States declined from around 2,300 in October 2014 to 1,350 in February 2015, as companies refocused their efforts on their core regions and most economic resources, according to a recent study by Boston-based Lux Research. Significant pullbacks occurred in the Permian, Eagle Ford and Barnett plays in Texas, while the Marcellus play in northeastern Pennsylvania, which produces mostly dry gas, experienced less pullback than southwestern Pennsylvania, which mains produces wet natural gas.

However, the water management market – from sourcing to disposal – remains strong for companies that know how to play the opportunity, Lux noted in an Aug. 12 press statement.

“As oil and gas companies look for ways to cut back on capital spending, operators turn to new technologies in water treatment to tighten up their water management strategies and lower costs associated with water treatment, transportation and disposal,” Lux said in the report, “Surviving the Shakeout in Frac Water Treatment Technologies”.

Potential regulations that could tighten oversight of water transportation and disposal and facilitate more expensive water recycling also could drive more demand for water treatment technology, said Brent Giles, Lux research director and one of the authors of the report, in an Aug. 12 press statement.

Giles said that two dynamics are going on with hydraulic fracturing in North America. In the western United States, operators primarily dispose of water versus treating it, with 95 percent of water in the Eagle Ford going into disposal wells. Despite concerns about the practice of deep well disposal being shut down, this practice is still largely viewed as a safe means of containing water that is costly to remediate and dangerous to dispose of another way.

Lux found that Texas operators have access to nearly 1,000 times as many in-state disposal wells as Marcellus shale operators. The greater presence of disposal wells and quality of wastewater in Texas means lower transportation and disposal costs.

“If you look in detail at the cost of water treatment, it can go from $2.50 to $13/barrel, depending on the location,” said Giles in an interview with Rigzone.

Operators currently dilute flowback or produced water with freshwater to bring the level of total dissolved salts low enough for use, and mainly dispose contaminated water into Class II injection wells or saltwater disposal wells. These wells must be located within 30 to 45 miles of the production site to be affordable.

In the Marcellus play in the east, about 67 percent of water used in hydraulic fracturing is reused. This higher reuse rate is to the fact that no cheap transportation costs exist for disposing of water, with tipping fees of $10/barrel for removing water from a frac site, said Giles. Water treatment may occur onsite or at one of the 20 centralized facilities in the Marcellus shale, which reduces needed storage volumes and eliminates water transportation costs. However, this approach requires large capital investment for equipment for each well pad. Operators also must deal with huge water volume and quality variations across days and hours due to the water flow spike that happens shortly after well completion.

“The people we talk to in Texas understand that they’re not necessarily going to have cheap and available water forever, and that timing of another drought or rise in activity is uncertain,” said Giles.

For now, operators are happy to leave things the way they are, but the possibility of another drought and another surge in frac activity in Texas has prompted operators to explore technologies and management strategies.

The U.S. Department of the Interior’s recent issuance of the first regulations for hydraulic fracturing on federal lands covers only 5 percent of U.S. oil and 13 percent of natural gas production. But the fact that the government is looking for ways to regulate this practice due to the U.S. Environmental Protection Agency’s inability to do so means that changes could be on the way, said Giles.

Under the new rules, companies fracking on federal lands must disclose all chemical use to the Bureau of Land Management through the FracFocus website. The regulations also ban the storage of untreated flowback and produced water in open impoundments onsite, and require a strong cement barrier between a well and any groundwater sources it passes through.

Pat Schmid  |  August 21, 2015
Much of this water can be returned for beneficial use in other industries as well as the O&G industry. Pumping it down hole may be cheapest but the resource is lost. Perhaps some inter industry options exist that have not been explored. I know water for residential developments in some areas have reached $54K per acre foot or about $7.00/barrel which can cover a lot of cleaning/processing.