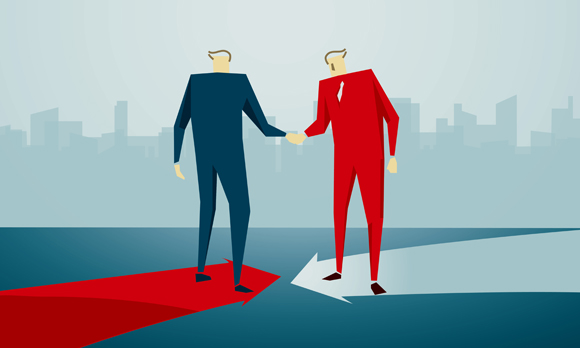 Energy explorers reeling from the rout in oil prices are looking for liquidity in an obvious place: their rocks.

(Bloomberg) -- Energy explorers reeling from the rout in oil prices are looking for liquidity in an obvious place: their rocks.

Having exhausted other ways to raise cash as a glut of global supply depresses prices, a slew of producers from Anadarko Petroleum Corp. to Comstock Resources Inc. announced more than $2.4 billion in asset sales last month, according to data compiled by Bloomberg. Selling oil and gas fields to pay off lenders and fund new drilling -- often a wildcatter’s option of last resort -- is surging after a six-month lull.

There’s more to come -- by one estimate, another $20 billion this year -- as executives at Occidental Petroleum Corp., Whiting Petroleum Corp., Penn Virginia Corp., Exco Resources Inc., Chesapeake Energy Corp. and Ultra Petroleum Corp. have all said in recent weeks that they are selling assets or exploring sales.

The surge shows how the industry’s two-pronged strategy for staying financially healthy since oil prices started tanking -- raising capital while tightening belts -- may not be enough, particularly for companies with a lot of outstanding debt. Bank regulators are getting nervous about the industry’s exposure to drillers, creating another incentive to sell assets.

“For the most part, lending banks have worked with their clients to provide temporary relief,” said Ron Gajdica, co-head of energy acquisitions and divestitures investment banking with Citigroup Inc. “That relief can’t go on forever.”

Energy companies tend to meet with their lenders to review their credit lines in April and October. While conversations were relatively painless this spring they are likely to be more heated this fall, Gajdica said.

Until July, explorers were reluctant to sell assets because prices were so low. U.S. explorers sold $6.8 billion of assets in the first half of 2015, a decline of about 76 percent from the year-earlier period, data compiled by Bloomberg show.

Instead, they negotiated lower fees from services providers while sidelining rigs and cutting employees.

The industry also issued record levels of new equity and debt during the first six months of the year. Investors looking for bargains amid a booming stock market plowed money into depressed energy stocks, betting that prices would rebound.

“We didn’t see the selloff of assets that we had expected” after oil prices collapsed, said Michael Darden, global chair of Latham & Watkins LLP’s oil and gas transactions practice. “We didn’t see that selloff because companies were able to tap capital markets.”

Now, the industry appears to be losing access to capital markets as investors retrench from the oil patch. U.S. explorers -- which had announced at least $1 billion in stock offerings every month in the first half of 2015 -- raised just $300 million selling shares in July, according to data compiled by Bloomberg.

With capital-raising off the table and cost-cutting mostly done, companies have little recourse except to sell assets. In the past two months, Goodrich Petroleum, Comstock Resources and Whiting Petroleum have sold fields.

“It’s clear that the asset market has higher valuation right now than the equity market,” Michael Watford, chief executive of Houston-based Ultra Petroleum, said in a conference call with analysts to discuss earnings on July 30.

There is “a growing benefit” in selling assets to raise money for paying off loans or buying back shares, he said.