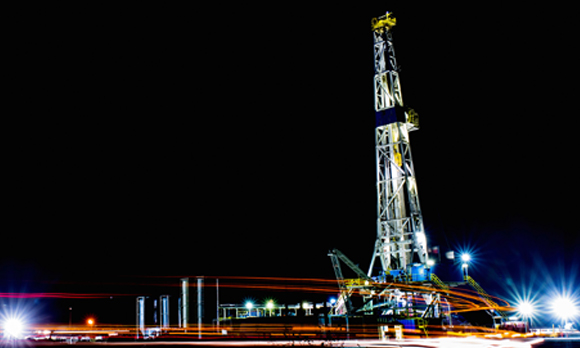 The industry has attempted re-fracking for years, but now it's about more than extending the life of a well – it's a matter of putting people back to work.

The desire to charm hydrocarbons from the ground without the expense of additional drilling is strong and has lingered for decades. Re-fracking has been in practice, with mixed results, on vertical wells for years. It’s only in the last few years that engineers have started returning to the source of all those hydraulically fractured wells with re-fracking.

Most estimates indicate it costs $8 million to drill and complete a new well. Re-fracking a well costs about 25 percent of that figure, which is enticing some of the largest oilfield services companies into the lab.

But exactly what “best practices” might emerge remains something of a trade secret.

Halliburton has been involved in re-frack operations for decades, he said, and performed at least twice as many operations as any other service provider.

“Although relatively small today, we believe this market has significant potential in the coming years. So why are customers interested? Early horizontal wells were arguably under-stimulated,” he said, adding that stages per well with current technology are up more than 30 percent.

Ron Dusterhoft, a technology fellow in production enhancement at Halliburton, told Rigzone that given the lack of activity in the oil patch, companies are looking at other ways to stimulate production.

“Re-fracking offers an alternative to increased production without new drilling,” he said.

Halliburton has its own process for weeding out the wells that may respond best to re-fracking. Still, forecasting an actual percentage of the thousands of wells drilled that can become actual candidates, Dusterhoft said, “That depends on whether you’re an optimist or not.”

As may be expected, the wells that are in better reservoirs tend to have the better results, he said. Still, some clients are hesitant to embrace the re-frack.

“Once you’re able to do a good case history, then they become much more optimistic and willing to go on with additional work,” Dusterhoft said.

And while estimated ultimate recovery (EUR) is important, increases in short term production rates from a re-fracked well is critical for Halliburton’s clients to keep their production on the upside, he said.

jim  |  November 29, 2015
AS FAR AS THE UK IS CONCERNED FRACKING IS NOT NEEDED WE CAN IMPORT FRACKED GAS FROM US -CHEAP AS CHIPS ! WE SHOULD LEAVE IT FOR THE NEXT GENERATION IT WILL BE AS VALUABLE AS GOLD !
Ron Craik  |  August 07, 2015
Over the last five years I have heard countless references to lost productivity, usually around 40%, pertaining to horizontal wells. It is still a mystery and no-one has been able to say that it was due to one particular thing. My back ground is 25 years of Drill Stem Testing (DST) on vertical wells both land and offshore. One comment that always came up prior to horizontal wells was once a vertical well was completed and put on production it quite often only did 50% of the flow rate that it showed when it was being tested open hole (DST) for that zone. When I started to hear this same comment for horizontal wells of an elusive 40% of production that was lost it didn’t sound that strange to me. There could be a multitude of reasons why a horizontal well is not performing. This could be said of each of the many stages (frac spacing) or laterals (parallel horizontal legs). Let’s list some of the possibilities: the well bore was drilled in and out of the formation, contacts with water and/or non-productive formations, the cheapest mud system was used resulting in near well bore damage, the hole was drilled too small 6.25 instead of 7.875 inches to save money, a weird completion string was run that provided no access through the center of the wellbore (Internal Diameter / I.D.) for remedial work or surveys, the frac sand washed away or was degraded close to the well bore so the fractures closed and healed cutting off production, etc. The common thread for all these issues or any other that you can come up with is short term thinking and lack of initiative to investigate. The personnel and corporations were just too busy drilling new wells at $100.00 per barrel that it just didn’t matter; any mistakes wouldn’t show up for years, they could make money regardless; it wasn’t going to affect their next quarterly bonus. There is a new price regime for the near future and that is $55-65 per barrel oil. As we have seen no one is willing to do unconventional drilling at these prices since there isn’t any way to recover their investment from the early flush production phase (first three months). Someone started asking the important questions: can we do better, should we gather more data on the horizontal well bore, did we by-pass any pay? There are some fields in Texas that are on their third Re-Fracks. That statement by itself says a lot about the viability of Re-Fracking. Our Slim Hole 3.5 inch Re-Frack tool system can be used to isolate the stage frac and evaluate the reservoir parameters such as: permeability, reservoir pressure, fracture half lengths, etc., prior to any completion string or stimulation program. It can then be used to evaluate after any remedial work has been done. This is an E-coil system but it can be run on jointed pipe as well, which we have done over the last 15 years here in Canada and USA. Over 1500 DSTs done so far in all kinds of well bore conditions and with many different test objectives (vertical, deviated and 6.25 inch open hole). Most of the horizontal wells that have been drilled in North America have not utilized tracers. The operators have just followed the whims of the big service companies like “Big Blue” or whoever they hired for their frac jobs. Unfortunately little attention was paid to doing it correctly the first time. No real science was done so very little was understood, hence the phrase ‘Indiscriminate Fracing’. The situation has changed with oil in the $55-65 / BBL range. Everyone has to pay attention to doing it right the first time. Our system is more like a surgical tool than a giant sledge hammer. Everyone in our industry is prone to using a bigger hammer: more stages, more sand, bigger pumps, drop more balls, etc. That is not the best methodology at lower prices and for maximizing recoverable reserves. We propose our system be run in to the last stage at the toe and the packers set to isolate that stage and a draw down and build up done to see what the reservoir pressure is and what that stage has contributed in fluids and flow rates. An analysis of the data and full evaluation would be done on the fly, during the test. If remedial work is required it would be identified and carried out prior to moving up-hole to the next stage. This process would be continued until there was a map of the entire well bore. This will show where the production was coming from, where improvements could be made and those procedures could be carried out using our system on the same run. Acidizing, nitrogen clean-up of near well bore damage or re-fracking at various levels as required and specialized for each stage in order to restore flush production levels at greatly reduced costs. How about recovering your re-fracking costs in the first 3 weeks instead of 2 months? So let’s embrace the new paradigm shift to $55-65 per barrel oil and put on our thinking caps. Leave the giant sledge hammers at home; forget about the $500,000 micro-seismic and ‘Black Box’ softwar
RELATED COMPANIES
Company: Halliburton Company more info
Company: Wood Mackenzie more info