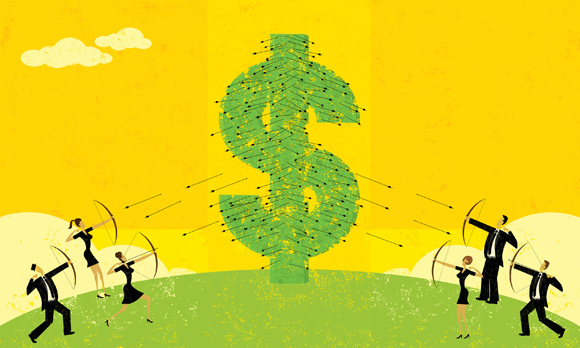 The biggest losers from the current price war between OPEC and the shale producers seem set to be producers outside the Middle East and North America caught in the cross-fire.

LONDON, Aug 3 (Reuters) - The biggest losers from the current price war between OPEC and the shale producers seem set to be producers outside the Middle East and North America caught in the cross-fire.

Expensive production from the North Sea, Canada's oil sands, offshore megaprojects, weaker African and Latin American members of OPEC, and frontier exploration areas around the world are all being squeezed hard by the price slump.

According to oilfield services company Baker Hughes, the number of rigs drilling for oil outside North America has fallen by over 200, or about 19 percent, since July 2014 (http://link.reuters.com/ser35w).

Rig counts have fallen in every region, with 28 fewer active rigs in Europe, 47 fewer in the Middle East, 33 in Africa, 66 in Latin America and 34 in Asia Pacific.

Proportionately, the hardest hit regions have been Europe and Africa, where more than 30 percent of rigs operating in the middle of last year have since been idled.

But the slowdown is broad-based, with big downturns in countries as far apart as Mexico, India, Turkey, Brazil, Iraq, Colombia and Ecuador.

Major drilling contractors including Transocean, Schlumberger and Baker Hughes have all reported a sharp drop in international business.

Schlumberger told investors in July it expects exploration and production spending outside North America to fall by 15 percent in 2015.

The company's second-quarter revenues fell 5 percent compared with the first three months of the year as a result of customer budget cuts and the need to reduce contract prices to retain business.

With major international oil companies including Chevron and Shell announcing further cuts in their capital budgets, the downturn will persist throughout the rest of 2015 and likely well into 2016.

"Looking ahead to the second half of 2015, we expect ... unfavourable market dynamics to persist," Baker Hughes warned its shareholders last month.

"In North America, we don't anticipate activity to increase while commodity prices remain depressed ... Internationally, rig counts are projected to continue to decline led by many onshore and shallow water markets," the company admitted.