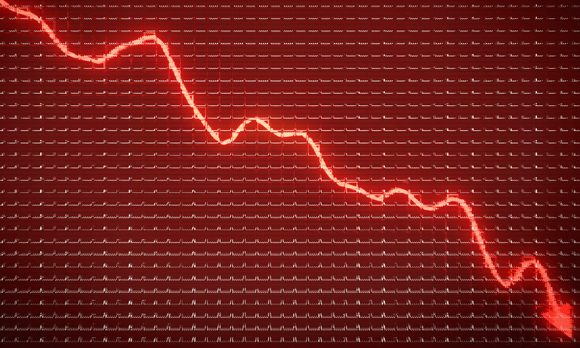 ExxonMobil and Chevron, the biggest US energy producers, hunker down for a prolonged stretch of weak prices after posting their worst quarterly performances in several years.

(Bloomberg) -- Exxon Mobil Corp. and Chevron Corp., the biggest U.S. energy producers, hunkered down for a prolonged stretch of weak prices after posting their worst quarterly performances in several years.

Exxon reported its lowest profit since 2009 as crude prices fell twice as fast as the world’s largest crude producer by market value could slash expenses. Chevron recorded its lowest profit in more than 12 years after the market rout forced $2.6 billion in asset writedowns and related charges. The companies’ shares fell to multi-year lows.

Stung by the worst market collapse since the financial crisis of 2008, oil explorers from The Hague to Calgary to Houston are firing staff, scaling back drilling, canceling rig contracts and reducing share buybacks to conserve cash. Chevron said the slump convinced it to lower its long-term outlook for crude prices.

“This is the beginning, not the end, of the writedown process,” Paul Sankey, an energy analyst at Wolfe Research LLC, said on Bloomberg TV. “The biggest concern is that we’ll see weaker demand over the second half of the year.”

Oil entered its second bear market since mid-2014 this month as a flood of output from North American shale regions, the Persian Gulf and deepwater fields overwhelmed consumption by refiners and chemical producers.

Exxon and Chevron contributed to the avalanche of supply by increasing second-quarter crude output by 12 percent and 1.7 percent, respectively. Exxon expanded oil production in every region where it operates except Australia/Oceania. All of Chevron’s growth occurred in the U.S.

“Oil prices will be under downward pressure until there is evidence the glut is shrinking,” analysts at IHS Energy said in a note to clients. “This will not happen quickly unless prices fall even further from recent levels,” discouraging new drilling.

Exxon shares fell 4.6 percent to $79.21 in New York, the lowest closing price since June 2012. Chevron dropped 4.9 percent to $88.48, the lowest close since December 2010. The companies were the day’s worst performers in the Dow Jones Industrial Average index.

Exxon cut share repurchases for the current quarter in half to $500 million after net income fell to $4.19 billion, or $1 a share, from $8.78 billion, or $2.05, a year earlier, the Irving, Texas-based company said in a statement. The per-share result was 11 cents lower than the average estimate of 20 analysts in a Bloomberg survey.

Exxon reduced spending on major projects like floating crude platforms and gas-export terminals by 20 percent to $6.746 billion during the quarter, according to the statement. International crude prices fell 42 percent from the previous year to average $63.50 a barrel.

Chevron’s profit dropped to $571 million, or 30 cents a share, from $5.67 billion, or $2.98, a year earlier, the San Ramon, California-based company said in a statement. The per- share result was well below the $1.16 average estimate.

Chevron’s biggest business unit -- oil and gas production - - posted a loss as the second-largest U.S. energy company recorded a $1.96 billion writedown on assets and another $670 million charge for taxes and projects suspended because they no longer make economic sense.

“The writedowns will get worse into the end of the year as companies complete their end-of-the-year SEC filings,” Sankey said. “The market still looks very oversupplied with oil and we’re in peak demand season.”

Exxon Chairman and Chief Executive Officer Rex Tillerson was among the first to shrink spending as the crude rout began more than a year ago. After cutting the budget by 9.3 percent in 2014, this year’s reduction may exceed the original 12 percent target, Jeff Woodbury, vice president of investor relations, said during a conference call with analysts.

Tillerson, an Exxon lifer whose 10th year as CEO began in January, has been pessimistic about the prospects for an imminent oil-market rebound. On April 21, he told a Houston energy conference that the supply glut and low prices will persist “for the next couple of years” at least.

Those remarks proved prophetic: international crude prices that rose 45 percent between Jan. 13 and May 6 have since tumbled 22 percent, inaugurating the second oil bear market in 14 months.

“Chevron was a disaster; Exxon was a disappointment,” Fadel Gheit, an analyst at Oppenheimer & Co. In New York who rates the shares of both the equivalent of a hold and owns each. “A rising tide lifts all ships, but when the tide goes down, all ships go down.”

--With assistance from Andrew Rosati in Caracas and David Wethe in Houston.

Philippe  |  August 03, 2015
Is it possible to expect that the oil production will decrease, in the US and none OPEC producers? The producers have the obligation to pay back their loans. Should they not pay back these loans; their credit rating would put them out of business, or at least curtail any possible financing of new future projects. The majors, Exxon in particular, pay back the cost of new project quickly, 5 years. At least it is Exxon attempt to not carry loan for 25 years or more. Kezamba project is an Exxon example. Shale oil or gas production is not financed as the billion dollar standard project. These projects do not require huge amount of money up front. A continuous amount of capital to keep a balance between Initial Production, IP and Estimated Ultimate Recovery, EUR is needed. Therefore it is necessary to maintain a set production level over time and keep investing in drilling new wells which will produce IP production level. Comparing the standard oil or gas field investment versus the shale project production by fracking technology is totally different. The return on investment for a standard large oil or gas field requires billions, therefore a stable crude oil or gas prices for 20 years or more. All the infrastructures are set on a programed production. The capital must repay the loans and show a profit as soon as productions start. The leeway between profitability and bankruptcy is small. On the other hand, shale fracking projects have a large leeway to invest little at a time to keep and adjust the production with the possibility to control the profit. So what will be the world controlling factor in the world production of oil and gas? Most, if not all “elephant” projects are on hold. Without been able to project an oil or gas price, it is too risky to invest. Can Exxon invest $5 billion not knowing for along the loan will be! Only a very few companies can do so and are part of OPEC. It is assumed that 5% of the world production is sold and refined every year. It is also known that it takes a mega project 5 years to see first oil from it inception. Should mega project be delayed 2 years, the world production will have used 10% of its reserves, 4 years 20% of its reserves. In times OPEC will be the only ones, basically the Saudis and Kuwait, able to finance mega projects. Would privately traded majors take the risks to go in JV with companies lacking capital? Probably European or Chinese oil and gas corporations own partly by national governments. A case can be made that Shale Fracking project will survive because of the way capital is invested and profits adjusted over a short period of time. Naturally not all projects can survive, M&A will sort out the survivors.
RELATED COMPANIES
Company: Exxon Mobil Corporation more info
Company: Chevron Corporation more info