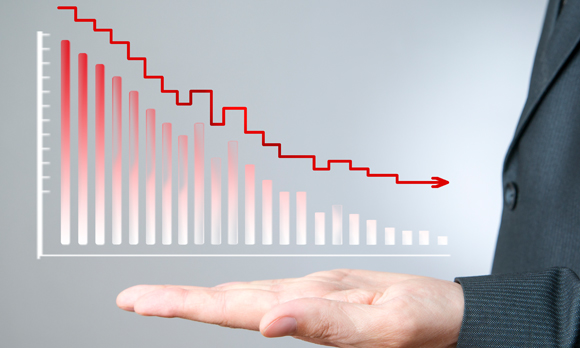 Pemex reports a bigger second-quarter loss, weighed down by a nearly 10% slide in crude output.

The company also cited a 44 percent drop in the average price of Mexican crude exports during the quarter, from $97.09 per barrel to $53.95 per barrel.

"The results of the company continue to (follow) the clear impact caused by the current environment, where the markets continue to be over-supplied and the U.S. dollar keeps getting stronger," Chief Financial Officer Mario Beauregard said on a call with analysts.

Crude oil production for the quarter stood at 2.225 million barrels per day (bpd), down from 2.468 million bpd in the year-earlier period.

Pemex said operating income for the second quarter fell nearly 70 percent to almost 54 billion pesos from 171 billion pesos during the year-ago period. The company last posted a profit in the third quarter of 2012.

One bright spot was that Pemex's total tax bill more than halved to 97.7 billion pesos, from 217.9 billion pesos in the second quarter last year.

Pemex did not compete in the first phase of the so-called Round One tender earlier this month, the first opportunity under the overhaul in which oil companies could bid on contracts covering 14 offshore blocks.

But the company has said it plans to participate in future phases of the five-stage Round One auction, which consists of 169 blocks.

Pemex is also set to sign its first joint venture deals with private oil companies, another first permitted under the industry overhaul.