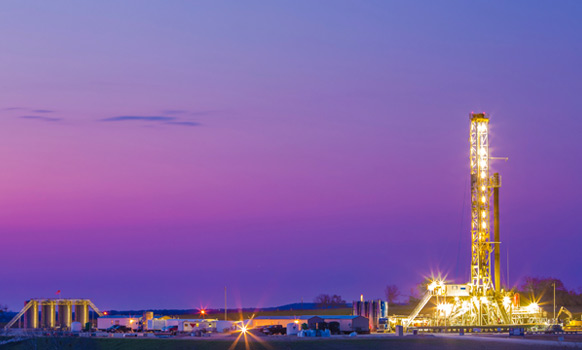 The insurance that producers bought before the collapse in oil - much of which guaranteed minimum prices of $90 a barrel or more - is expiring.

(Bloomberg) -- The insurance protecting shale drillers against plummeting prices has become so crucial that for one company, SandRidge Energy Inc., payments from the hedges accounted for a stunning 64 percent of first-quarter revenue.

Now the safety net is going away.

The insurance that producers bought before the collapse in oil -- much of which guaranteed minimum prices of $90 a barrel or more -- is expiring. As they do, investors are left to wonder how these companies will make up the $3.7 billion the hedges earned them in the first quarter after crude sunk below $60 from a peak of $107 in mid-2014.

“A year ago, you could hedge at $85 to $90, and now it’s in the low $60s,” said Chris Lang, a senior vice president with Asset Risk Management, a hedging adviser for more than 100 exploration and production companies. “Next year it’s really going to come to a head.”

The hedges staved off an acute shortage of cash for shale companies and helped keep lenders from cutting credit lines, many of which are up for renewal in October. With drillers burdened by interest payments on $235 billion of debt, $89 billion of it high-yield, a U.S. regulator has warned banks to beware of the “emerging risk” of lending to energy companies.

Payments from hedges accounted for at least 15 percent of first-quarter revenue at 30 of the 62 oil and gas companies in the Bloomberg Intelligence North America Exploration and Production Index. Revenue, already down 37 percent in the last year, will fall further as drillers cash out contracts that paid $90 a barrel even when oil fell below $44.