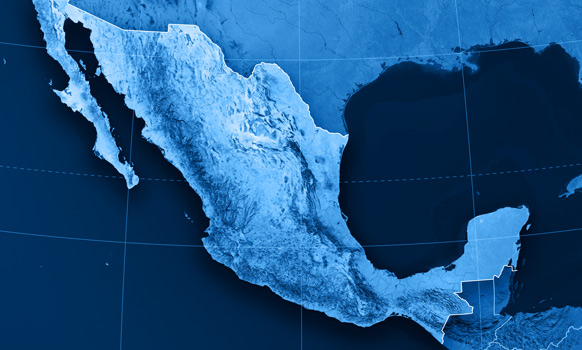 Mexico's historic oil opening later this month could be undermined by company fears the government will have too much discretionary power to repeal contracts over industrial accidents and other failings.

MEXICO CITY, July 1 (Reuters) - Mexico's historic oil opening later this month could be undermined by company fears the government will have too much discretionary power to repeal contracts over industrial accidents and other failings.

The Energy Ministry says the so-called "administrative rescission" clauses written into each of the initial 14 production-sharing contracts due to be awarded on July 15 have been reasonably drafted, but many companies are not convinced.

"It's definitely a problem for us," said an executive from an oil company already pre-qualified for the initial auction of shallow water blocks in the southern Gulf of Mexico.

Like several other executives, he spoke on condition of anonymity due to the proximity of the auction.

Mexico's government is betting on a major energy sector opening boosting economic growth in coming years, and such concerns could threaten investment in the sector.

Clauses flagged that could overturn a contract include when negligence causes a fatality and a loss of output, or when companies intentionally provide false information to the government.

"For companies with a lower risk threshold, this will be a significant problem," said Steve Otillar, a Houston-based oil sector lawyer.

More than three dozen companies are pre-qualified for the initial tender, either as individual operators or in a consortium, including U.S. oil major Exxon Mobil Corp and Colombia's Ecopetrol.

The finalized contract includes seven different rescission clauses, and unlike other terms that have been modified by the country's oil regulator, or CNH, the language was written into Mexican law last year and cannot be easily changed.

"Overall, there are a lot of provisions that allow for unilateral termination of contracts and there is generally no compensation for prior investment," said another executive.

Deputy Energy Minister Lourdes Melgar pointed to an extended period of up to two years in which regulators will work with companies facing potential administrative rescissions.

She also emphasized language that says only a "serious" accident involving willful misconduct and causing death and a loss of production could cause a contract to be revoked, and only then with a majority vote by the seven CNH commissioners.

"The CNH is not going to be in the business of rescinding contracts. What we really want is that the contracts operate well and are respected by both parties," she said.

"It's something that we'll consider in making decisions," said one senior oil executive, calling the clauses "very unusual."