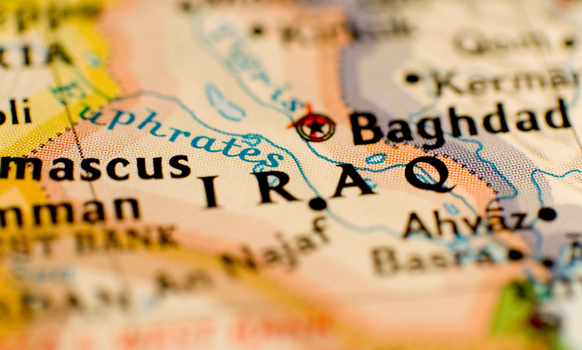 Iraqi crude production climbed to a record this month, helping send OPEC output to the highest level since August 2012.

(Bloomberg) -- Iraqi crude production climbed to a record this month, helping send OPEC output to the highest level since August 2012.

Output by the Organization of Petroleum Exporting Countries climbed 744,000 barrels to 32.134 million a day this month, according to a Bloomberg survey of oil companies, producers and analysts. Last month’s total was revised 189,000 barrels lower to 31.39 million a day, because of changes to the Saudi, Iraqi, Algerian and Nigerian estimates.

OPEC has been boosting supply as it seeks to force higher- cost producers to cut output. The 12-member group agreed on June 5 to retain its collective output target of 30 million barrels a day, a level that it’s exceeded for 13 months, according to data compiled by Bloomberg.

“The unrelenting increase in OPEC supply is going to put a lot of pressure on the market,” John Kilduff, a partner at Again Capital LLC, a New York-based hedge fund that focuses on energy, said by phone. “There’s a battle for more market share among OPEC members.”

Iraqi production rose 567,000 barrels a day to a record 4.388 million this month, according to the survey. Iraq, OPEC’s second-biggest producer, was responsible for more than half of the total gain this month.

Saudi Arabia, OPEC’s top producer, increased output by 150,000 barrels a day to 10.45 million in June, the most in monthly Bloomberg data going back to 1989. The kingdom exported more crude because of higher Asian demand.

Iranian production rose 50,000 barrels a day to 2.85 million this month, leaving output at the highest level since March 2014. The nation pumped more than 3.1 million barrels a day from 1991 until July 2012, when additional sanctions were imposed on the Islamic republic to curb its nuclear program. Iran has estimated it could double exports from about 1 million barrels a day within six months of sanctions being lifted.

Negotiators from Iran and a group of six powers -- China, France, Germany, Russia, the U.K. and the U.S. -- formally extended the deadline for talks seeking a nuclear deal to July 7. Iranian Foreign Minister Mohammad Javad Zarif rejoined the negotiations in Vienna, accompanied by the president’s brother and backed by the nation’s supreme leader.

“The second half of the year will be very challenging for OPEC, especially if there’s an Iran deal,” Kilduff said.

Libyan output slipped 15,000 barrels a day to 400,000, the second-biggest decline this month. The country’s current output is about a third of what it was before the 2011 rebellion that ended Muammar Qaddafi’s 42-year rule.

--With assistance from Kadhim Ajrash in Baghdad, Nayla Razzouk in Dubai, Fiona MacDonald and Wael Mahdi in Kuwait, Pietro D. Pitts in Caracas, Nathan Gill in Quito, Colin McClelland in Luanda and Tamim Elyan in Cairo.