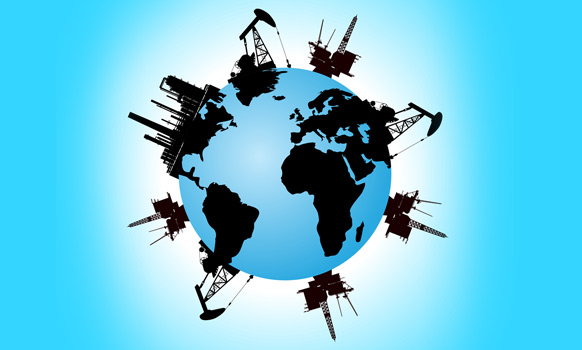 Sound Oil Plc, a Mediterranean producer one-500th the size of Eni SpA, will start exploring fields in Morocco and Italy toward the end of 2015 and early 2016, while Cairn Energy Plc and Savannah Petroleum Plc plan wells in West Africa.

“Large companies have dividend and debt burdens to be taken into account when oil prices decline and their response time is slower,” Sound Oil Chief Executive Officer James Parsons said. “Smaller explorers are quick to use the opportunity of declining costs and increasing availability of rigs.”

Drilling fees have dropped by about half in the past year, prompting junior oil companies to lock in contracts before rates rebound. While smaller fields can be profitable for a $100 million producer, they’re of little interest to larger rivals that need a higher rate of return in a lackluster crude market.

Rig costs typically react to oil with a lag of about six months, so today’s contracts reflect prices that sank to almost a seven-year low in January, forcing major producers to defer almost $200 billion of “megaprojects.” By steering clear of costly developments such as oil sands and deep-water deposits, the juniors can profit from current prices at about $60 a barrel.

“As demand for oil isn’t going to fall off a cliff, it’s us who are going to make new discoveries again, not the large companies,” said Andrew Knott, CEO of Savannah Petroleum, an explorer in Niger. Savannah can now drill an onshore oil well there for about $5 million, about half the previous cost.

Some 1,500 miles (2,400 kilometers) away, Cairn plans three wells at its discovery in Senegal. The field is “attractive” at current crude prices and sliding costs will boost profit further, CEO Simon Thomson said in March.

The big players such as Royal Dutch Shell Plc and Exxon Mobil Corp. have had to rely on refining and trading to buoy profits as they rein in spending and sell assets. The Hague- based Shell, which is divesting fields in Nigeria and Brazil, said in January it will cut $15 billion of investments over three years and curtail exploration.

The company this week declined to comment on increased competition from smaller rivals.

Offshore rates have dropped an average 44 percent in the past year for deep-water rigs and 46 percent for older jack-ups that operate in shallow waters, Oslo-based Pareto Securities AS said June 24. That’s allowed the smaller producers to snap up the rigs for new prospects.

Premier Oil Plc said in May it struck crude off the Falkland Islands, while U.K. competitor BowLeven Plc is preparing to drill at Cameroon’s offshore Etinde Permit and has begun an onshore well at its Bomono license in the country.

“Now is time to invest in exploration while we are at the lower curve of the cycle to reap the benefit when the prices rebound,” BowLeven CEO Kevin Hart said in an interview.

“For the smaller exploration and production companies, these fields are everything,” said Mark Henderson, an analyst at Westhouse Securities Ltd. “The majors have the luxury of looking at other parts of their companies and wait for oil prices to recover before they start drilling again.”