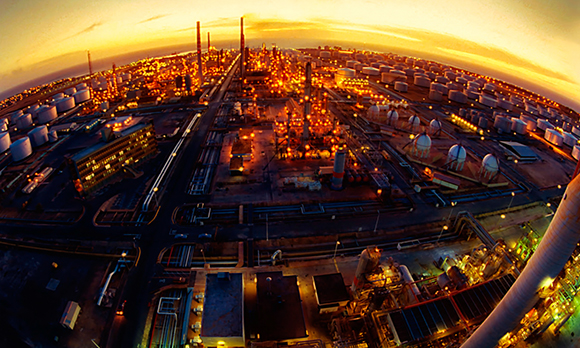 Qatar Petroleum plans to expand overseas after a restructuring that included the takeover of its foreign investment arm and the firing of some workers.

(Bloomberg) -- Qatar Petroleum, the world’s biggest producer of liquefied natural gas, plans to expand overseas after a restructuring that included the takeover of its foreign investment arm and the firing of some workers.

The unspecified job cuts were one part of an eight-month reorganization that has seen QP take over Qatar Petroleum International, divest non-energy units including a catering company, and impose stricter conditions on foreign partners.

“We are very ambitious internationally,” Chief Executive Officer Saad Sherida al-Kaabi told reporters Tuesday in Qatar’s capital, Doha. The state-run company is focusing on upstream businesses such as energy production rather than downstream activities including refining and distribution, he said, declining to provide details.

QP has shifted priorities since leading Qatar’s transformation into the largest LNG supplier and is seeking now to manage a slump in the nation’s oil output while expanding internationally. As Qatar tries to avoid quickly depleting its oil and gas deposits, the Persian Gulf emirate is limiting opportunities for foreign companies that want to maximize output, according to a June report by Michael Barron, director of global energy at risk consultants Eurasia Group.

QP isn’t the only state-owned energy company in the region to focus on international expansion. Saudi Arabian Oil Co., known as Saudi Aramco, is helping to build a 260,000 barrel-a- day processing plant in China, the world’s second-biggest crude consumer. Aramco has also teamed up with Asia’s biggest refiner on another plant in Fujian province.

“National oil companies are becoming more capable, more financially sound, and they have less need for international oil companies,” Al-Kaabi said. Construction of a liquefaction plant in Texas known as Golden Pass, a joint venture with Exxon Mobil Corp. in which QP has a 70 percent stake, will begin next year if U.S. regulators approve an export license for the project, he said.

Foreign investors in Qatar must compete harder, Al-Kaabi said. Wintershall AG, the oil and gas unit of BASF SE, said on May 20 it was withdrawing from an offshore concession for gas exploration in the country after failing to secure access to local infrastructure from QP.

Al-Kaabi, who was appointed CEO in September after eight years as director of oil and gas ventures at QP, said the company is now the “right size” and had to be reorganized to be more efficient after crude prices tumbled almost 50 percent in 2014 amid a global glut.

Philippe  |  June 25, 2015
National O&G companies no longer need any of the big sisters to be profitable. The refining process is wildly available worldwide. The big sisters were needed to provide the technology and, most important, the upfront financing of the projects. Today the big sister must enter into Joint Ventures (JV) to access O&G reserve. These JVs are not friendly in that the sisters are never the majority owner. The currency used, more times than not, is in the local currency. The investment necessary must use the local vendors even if these locals vendors must be trained. Therefore local entrepreneurs are in joint venture with experienced industrial equipment vendors. This means that a technology transfer take place. In many case the sisters are getting paid in local crude oil of natural gas, priced by the local national company. The sisters are losing the edges that made them profitable. In time the sisters will leave many unfriendly lands. They will invest in high technology such as LNG, LPG, CNG and chemicals required for refineries processes or plastic manufacturing. In other words the sisters will have to become high tech even super high tech. Oil or Natural Gas production will no longer provide an “Added Value”. The chemical processing as well as composite material will be the “Added Value” where good profits will be developed. The big sisters are in the process of adapting themselves to the new world market.
RELATED COMPANIES
Company: Qatar Petroleum more info