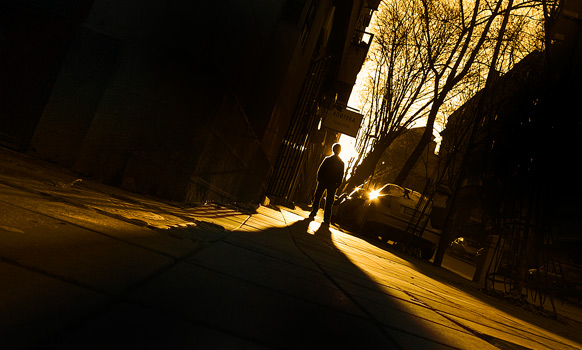 Four western states are headed for a courtroom showdown over who should have the last word on rules for extracting oil and natural gas from federal property within their borders.

(Bloomberg) -- High noon for the Obama administration’s stricter rules for fracking on public lands has arrived on the Wyoming range.

Four western states at the center of the shale oil boom are headed for a courtroom showdown Tuesday over who should have the last word on rules for extracting oil and natural gas from federal property within their borders.

The U.S. government says it can set standards for more than 100,000 wells that make up 11 percent of the nation’s natural gas output and 5 percent of its oil. The states argue they’re doing plenty to make sure fracking is done safely, so oversight should be left to them. With the new rules set to take effect Wednesday, U.S. District Judge Scott Skavdahl in Casper, Wyoming, may decide in court who is right.

Producers say they can’t afford the increased costs and lengthy delays they fear will accompany the new federal rules. Drillers are already struggling because of falling oil prices, which has led to a spate of bankruptcies and missed bond payments. Oil dropped from more than $100 a barrel to as low as $44 in March, undercutting the “shale gale” that drove U.S. production to near record levels.

“This is far more driven by the Obama administration saying it wants to do something on hydraulic fracturing,” Dan Naatz, vice president of the Independent Petroleum Association of America, said in an interview. “The process in place now does a great job.”

“As we continue to offer millions of acres of public lands for conventional and renewable energy production, it is absolutely critical the public have confidence that transparent and effective safety and environmental protections are in place,” U.S. Secretary of the Interior Sally Jewell said in March.

Philippe  |  June 25, 2015
The Federal Government represented by the BLM, in this case, do not pursue the same agenda. The private sectors must show a profit to stay in business. The States set the regulations that the private entrepreneurs must follow. The States want to keep their population safe from work place injuries and environmental pollutions. The none respect of the regulations causes’ law suits and damage reparations, should the injuries and/or pollution hold up in state courts. The Federal Government should be equal to any other state potential injured party. The Federal Government in making fracking regulation more stringed is not improving already used state regulations. The Federal Government is making a “Political” statement. In this case negative, it is known that this administration is not in favor of the production of hydrocarbon. If it could it would band it, but unable to do so, just uses it “Big Brother” status to obstruct it when and where ever it can.
Gary Reid,  |  June 23, 2015
President wants his fingers in another Oil Field pocket. The Feds are far from transparent. What makes them think they can make fracing safe and transparent. Clean up your own backyard before you take upon yourself someone elses backyard.
Steve  |  June 23, 2015
So our president wants to allow a Federal agency (BLM) to control Fracing. This from an agency who does not require its employees to wear PPE on location. I see a problem here.