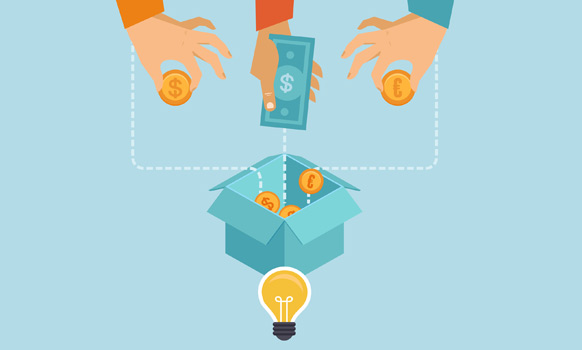 Rigzone looks into whether crowdfunding could play a major role in financing oil and gas projects.

Crowdfunding – the ability of people and organizations to raise debt and equity capital in small amounts, mainly through social media – has surged in recent years. Websites such as Crowdfunder, KickStarter, CircleUp and IndieGoGo have been launched to raise funds for a variety of projects outside the securities arena, from product ideas to music and movie ventures.

The crowdfunding trend also has crossed over into the oil and gas space, with the launch of the websites EnergyFunders and Crudefunders in the United States to match investors with investment opportunities in oil and gas. EnergyFunders was established by three Texas-based lawyers who sought to expedite traditional oil and gas investment and make it more transparent by new technology and passage of The Jumpstart Our Business Startups (JOBS Act) in 2012. The law was designed to make it easier for small U.S. start-ups and businesses to raise capital from a wide range of potential investors and provide additional investment opportunities for investors as well.

Crudefunders offers would give investors the chance to invest in oil and gas projects with a minimum $1,000 investment and offer companies a platform to raise project funds. According to their website, Crudefunders is comprised of a team of experts with more than 100 years of combined experience in the oil and gas industry, from operators, geophysicists, attorneys and financial traders to press and technologists. The team members come from across the state of Texas and include second and third generation oilmen.

In the UK, the online platform PrimaryBid has been launched to give private investors the chance to create their own placings on their own terms. The platform is focused on oil and gas companies listed with the Alternative Investment Market, the London Stock Exchange’s international market for smaller, growing companies.

Philip Racusin, CEO and co-founder of Energy Funders LLC, told Rigzone that the company, which started operating last summer, was launched to address what they perceive as a failure in the capital markets of available funds for investments of under $10 million.

“The Internet has flattened the world, letting people connect on an individual basis worldwide,” Racusin.

Through the efficiency of the Internet, Energy Funders connects smaller oil and gas operators who have a long track record of success with investors looking to directly invest in the oil and gas industry.

“We connect the little guy with the [other] little guy.”

These tens of thousands of smaller operators are responsible for 2 billion in aggregate production, but because of their size, are too small to attract institutional investors and investment banks. The projects that smaller operators typically pursue “don’t move the needle” for larger investors, but are too big to make an individual investor want to solely fund.

EnergyFunders will take operators through a multi-stage vetting process; if successful, the opportunity will be offered on the EnergyFunders platform to the investment community. The company also acts as a go-between for operators and investors. For a minimum investment of $3,500 to $5,000, investors can directly invest in an upstream onshore project in the United States. Typically, an investor would have to give at least $50,000 to $100,000 to directly invest in an upstream project, said Racusin.

The dip in oil prices has brought out a lot of opportunistic investors seeking to invest in oil and gas projects, said Racusin.

Racusin said the company is open-minded to the idea of the site helping fund trials of new technology. EnergyFunders has been approached by a number of people in the oil technology, oil field service and upstream space about funding not just for projects, but funding companies themselves, either for buying equipment or getting a start-up off the ground.

Right now, the company only allows accredited investors to participate. Under existing rules, an accredited investor either must have made more than $200,000 for the past two years – with the expectation of making the same income in the current tax year – or having a net worth of $1 million, excluding the value of their primary residence. This fall, the SEC is expected to release regulations for the JOBS Act’s that will allow both accredited and unaccredited investors to fund projects.

Mark Martin  |  November 12, 2015
hasnt helped that one of the first energy crowdfunding deals, company called Ascenergy, was shut down due to someone masquerading as an oil company and trying to waltz outta here with $5 million. but I do agree with Mr. McKeons comments, this has real benefits and the kinks will get ironed out.
Corey McKeon  |  November 05, 2015
Youre right, Keith. Ive got to find somewhere else to invest my money. Only if I was allowed to invest in fantasy sports. Im interested in instant cash payouts and I dont want any season long commitments. You dont know of anywhere I might be able to find that, do you? Just cant seem to find any info on this. My money would probably be a lot better off there than in oil and gas. On a serious note, this is a vehicle for individuals to take advantage of the risk and reward that oil and gas investments can offer - and its not a zero sum game, like above mentioned places where people are actually getting enticed to think they can make money. Petroleum exploration is a broad term. Are we talking a wildcat well? A proved undeveloped well? This is all information that can be furnished to a potential investor. We live in the information age. Information is cheap and abundant. Theres no reason this cant be done securely, ethically, and with provisions to protect investors. I think this provides middle America a very much needed alternative to 401ks, IRAs, et cetera. The nice thing about crowd funding is that its really got an internal protection mechanism with the feedback received through support or lack thereof from the crowd. An a-moral promoter, which there are many, can be successful in his efforts due to the persuasiveness he applies on an individual or small group. That strategy is going to be much more difficult against a much larger group.
EnergyFunders  |  August 06, 2015
Keith, Youre right to be cynical about promoters who make money regardless of whether a project is successful. The Kickstarter model is like this, generating transaction fees for a platform regardless of whether a project is successful. EnergyFunders model, though, is to earn a carried interest in projects that are successful. We do not earn anything solely on the basis of raising funds. Thus, we have incentive to negotiate the best possible deals and avoid the traps that you mention, disrupting with transparency what has traditionally been an opaque investment category. - The EnergyFunders Team.
Keith Patton  |  June 18, 2015
Must be my cynical nature. But crowd funding for petroleum exploration sounds like a great way for people to get taken to the cleaners and the petroleum industry to get an even worse reputation than it already has with the general public. I am now financial wizard when it comes to the industry, but it seems that there are a great number of ways for those doing the drilling and producing to make sure that these small investors never see a penny of return on their investments. I feel that one of the drivers behind the idea is there is a whole new untapped body of would-be investors just waiting to be fleeced.