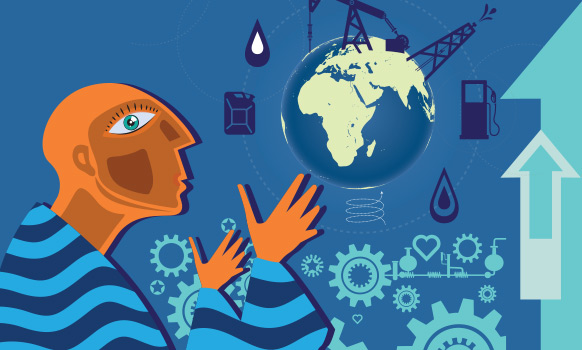 The group’s 12 members earned $993.3 billion in 2014, a decrease of 11 percent from a year earlier, according to the Organization of Petroleum Exporting Countries’ annual report published Tuesday. Their combined current account balance slumped by 35 percent to $273.6 billion as the drop in exports was accompanied by an increase in imports.

The revenue drop shows the strain on the group’s members as they increase pumping at a time of oversupply, following a Saudi Arabia-led strategy of defending market share instead of prices. OPEC nations agreed on June 5 to keep a production limit of 30 million barrels a day, a level they have exceeded every month since June last year, according to data compiled by Bloomberg.

“Given the weakness in the first half of the year, another sub-one-trillion-dollar revenue year remains on the table,” Hamza Khan, an Amsterdam-based senior commodity strategist at ING Bank NV, said by e-mail Wednesday. The impact on the government finances of some OPEC members could be mitigated by increased production and foreign direct investment, he said.

Brent for August settlement gained 1.2 percent to $64.43 a barrel at 9:48 a.m. local time on the London-based ICE Futures Europe exchange. The benchmark crude has rebounded 43 percent since reaching a six-year low of $45.19 in January.

If OPEC keeps pumping at current rates through the third quarter, production will have exceeded demand for the longest period in at least three decades, International Energy Agency data show. Almost all the group’s members aren’t earning enough from current oil prices to balance their budgets, according to data compiled by Bloomberg.

“OPEC members may have been blind-sided by lower revenues last year, but they appear to be mitigating risks moving forward,” Khan said.

Venezuela, which had been one of the most vocal OPEC members in calling for a production cuts to support the oil price, has changed its stance. The country’s Oil Minister Asdrubal Chavez said Tuesday the oil market will stabilize by the end of this year and called the June 5 meeting “ very successful.”