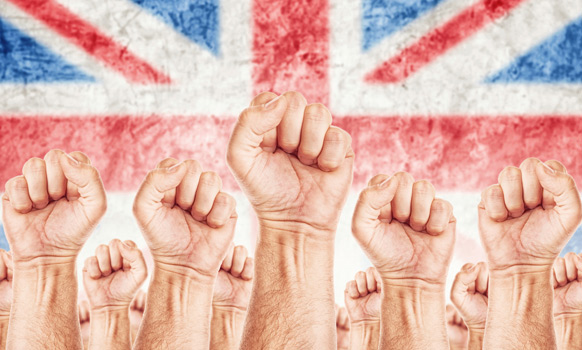 In the wake of the recent call for strike action in the UK North Sea, Rigzone takes a closer look at the Offshore Contractors Association's proposed changes.

Following a dispute between unions and the Offshore Contractors Association (OCA) over changes to terms for UK offshore workers, GMB announced May 21 a call for strike action.

The OCA, which represents service and engineering companies with a combined annual turnover of more than $4.5 billion, had been in talks with the GMB and Unite unions since the beginning of 2015. The OCA proposed pay cuts as a way for the industry to save money, as well as rota changes from two weeks on-two weeks off to three weeks on-three weeks off and changes to sick pay and holiday patterns.

Unions are upset at the proposed measures. GMB Scotland Regional Officer John Kelly claimed in a union statement that oil companies and contractors were “seeking to fundamentally attack the terms and conditions of our members employed in the offshore industry.”

Of particular concern to the unions are the rota amendments, with Kelly commenting that "any changes to rotas could have a serious impact on the safety of those working offshore" and urged companies to "rethink the proposals".

"The industry agenda is clear in that it wants to impose a reduced number of employees to work longer and for much less. It’s a race to the bottom disease that is unsustainable and unacceptable," Rafferty said in a statement issued by his union.

In response to the opposition of the proposed changes from the unions, the OCA Chief Executive Bill Murray commented:

John Morris  |  June 13, 2015
The oilfield has done very well over decades probably in part because of a total contempt for Unionisation. This is something else coming out of the UK to add to all the repulsive garbage that has spread like a cancer across the whole worlds oilfield over time. Why do you think its so costly to produce oil in the UK? Its because of the weasely attitude prevalent top to bottom in the UK oil industry. No one in their right mind would work in the UK when they can live and work overseas in the oilfield.So by all means go on strike unions - no one will miss you.
hugh mackenzie  |  June 11, 2015
poor guys having to put up with the changes , lots new to the industry . lots leaving or had enough like farmers one bad year in 50 good . rant over
craig  |  June 11, 2015
What nonsense about safety... People tend to resist change just for the sake of change. Many people have been working 3 weeks on 3 weeks of for over 20 years and I dont believe any of them have compromised safety in this time. What about people who have to work 5 weeks on and then get a few days off then back on for 3, 4 or 5 weeks? Are you saying these people are unsafe as well? Also what a shame getting 6 months of the year off. Striking will just help the companies decide what workers to get shot of in the long term. Many people work whatever they can, I know people who have 12 weeks on and 2 weeks off with 4 days travel in their own 2 weeks off. Not saying the companies should be allowed to do as they please but still not much to get upset about. Be thankful that you can have a 3 week back to back shift position and get on with yer work.. Unions need to puff their chest every now and again but sometimes not altogether constructive now is it?
Geoff May  |  June 11, 2015
Two weeks on two weeks off is ridiculous should be one month on one off. They should grow up.
RELATED COMPANIES
Company: Offshore Contractors Association more info