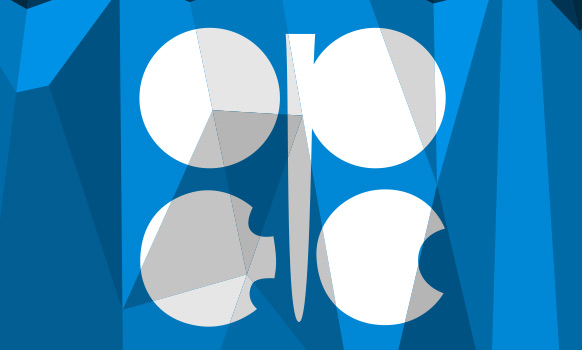 Nearly a year after oil markets entered a deep downward spiral, some OPEC members are publicly talking for the first time about a new "fair" price for their crude.

VIENNA, June 4 (Reuters) - Nearly a year after oil markets entered a deep downward spiral, unmoored from the $100-a-barrel mark that had anchored them for years, some OPEC members are publicly talking for the first time about a new "fair" price for their crude.

Oil ministers from Iraq, Venezuela and Angola said in Vienna this week that a price of $75 or $80 a barrel - barely $10 above the going rate - could be just fine. Iraq's Adel Abdel Mahdi said it would be "equitable".

Privately, one Gulf OPEC delegate also told Reuters he reckons crude may be trading around this level next year, once markets rebalance.

It remains to be seen whether this new range becomes a common refrain for the group, which has effectively given up efforts to maintain prices in order to defend its share of the world market.

Importantly, Saudi Arabia - which for years had pointed to $100 a barrel as a "fair price for producers and consumers" - has given no indication that it subscribes to this view.

Yet simply by uttering the numbers, OPEC ministers are helping to quench a craving among traders, investors and energy executives for clarity on medium-term oil prices, an indication as to when months of uncertainty and volatility may end.

To be sure, there's no indication that the Organization of the Petroleum Exporting Countries as a whole feels any urgency to push prices back up into the $70s - in fact quite the opposite. The group is expected on Friday to agree to maintain its current production for months to come.

Even if Saudi Arabia and its Gulf allies begin talking seriously about shoring up the market, finding the right balance will be tricky: Iran needs more than $100 a barrel to balance its budget; yet too high a price threatens to revive competition from the U.S. shale industry, where urgent efforts to cut costs have already helped temper some of the downturn.

"If oil prices recover, shale production will go higher again. So we need to get used to a totally different dynamic," Eni Chief Executive Claudio Descalzi said on Wednesday.

As a policy, OPEC has not openly targeted specific oil prices for over a decade, ever since it abandoned a $22 to $28 price 'band' instituted after the late-1990s crash.

As the market entered a years-long bull run, members' expectations rose gradually and informally, with OPEC stressing the need to meet demand rather than pump up prices.

In the wake of the 2008 financial crisis, with OPEC cutting output desperately to shore up prices that had fallen from nearly $150 a barrel to less than $40, Saudi King Abdullah surprised traders by saying bluntly that $75 was a "fair price".

Over the following year or two, that view shifted up to around $100, a mark that OPEC managed to maintain effortlessly for most of the previous five years.

As recently as May 2014, Saudi Oil Minister Ali al-Naimi was repeating that mantra: "One-hundred dollars is a fair price for everybody - consumers, producers, oil companies," he said.

Since the group's decision last November to maintain production despite a growing global glut, the role of swing supplier has fallen to hundreds of shale drillers who are quickly curbing activity to halt the rapid rise in U.S. production - a messy, volatile process that has contributed to heightened uncertainty on the outlook.

There's a gap of nearly $40 a barrel between the highest and lowest Brent forecasts for next year, with an average of around $70, according to a Reuters poll this week.

"Uncertainty is the rule of the game in this industry. It is a permanent coup d'etat," said French oil company Total's Chief Executive Patrick Pouyanne.

Iraqi oil minister Abdel Mahdi told an OPEC seminar that an "equitable price" would be $75 to $80. His Venezuelan counterpart Asdrubal Chavez, asked the same question, said: "We share the same opinion of the minister of Iraq." The oil minister of Iran declined to answer.

Chavez's view was particularly surprising as Venezuela is one of OPEC's biggest price hawks, and has been working feverishly if fruitlessly to get big non-OPEC producers such as Russia and the powerful Gulf OPEC members to talk about across-the-board production cuts and revive prices.

Just three weeks ago, President Nicolas Maduro said it was "in the best interests of Venezuela and OPEC to see the price stabilise at $100 in the medium term" - although months earlier he cautioned his citizens that prices would never return there.

One executive from a major Western oil company, also in Vienna, said the signals were likely hopeful visions rather than statements of intent: "It's their way of saying we like these prices. Consumers would want lower prices."

Indeed, India's minister of petroleum, Dharmendra Pradhan, said at the same seminar that around $65 - plus or minus $2 or $3 a barrel - would be acceptable.

Paul Horsnell, global head of commodities research at Standard Chartered and a veteran OPEC watcher, said he was surprised to hear the "fair price" refrain returning, although he cautioned that $80 was too low to be a long-term norm.

"If non-OPEC outside North America hasn't managed to grow for five years with prices above $110, it's not going to grow at $80," he said.

Others said it may not be too far off the mark.

Ann-Louise Hittle, a senior oil analyst at Wood Mackenzie, expects prices to average $70 a barrel next year, low enough to maintain demand growth and also prevent U.S. production from resuming its breakneck growth. But she cautioned against reading too much into the comments.

"It's significant that somebody is even talking about price after the last meeting, but until the Saudis say it, it's not something you want to put a lot of credence into." 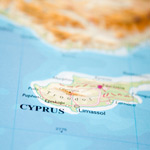 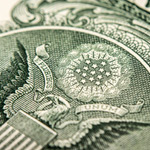 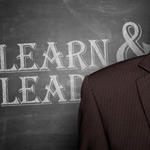