Israeli Gas: Much Progress Ahead of UOG 2015 Meet this November 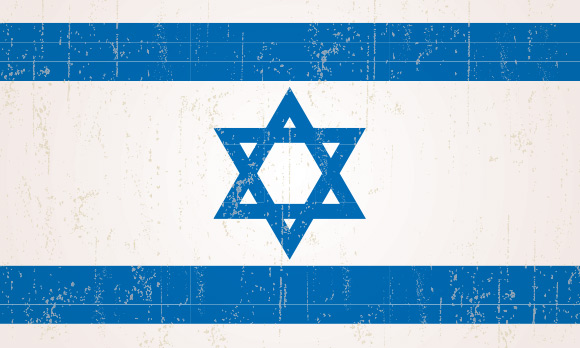 Ahead of the second Universal Oil and Gas conference in Israel this November, Rigzone learns there is progress in discussions to resolve a dispute between the government and gas field developers.

Last December saw the inaugural Israeli Universal Oil & Gas conference (UOG 2014) at the Dead Sea resort. The event, covered by Rigzone, helped to explain the opportunity that Israel has thanks to huge offshore reserves of gas, principally at the Leviathan and Tamar discoveries, as well as a potential bonanza from onshore oil shale.

However, the conference also raised some questions. Without doubt, the country's newfound gas reserves could lead to it becoming an energy independent state. But so much gas has been found offshore that there is a great export opportunity as well. Where can Israel export this gas given the struggles the country has had since 1948 to just stay alive in the region, which is still subject to revolutions and war?

Several options were outlined, including LNG (liquefied natural gas] exports and a pipeline to Cyprus, in a presentation to the conference.

Of course, the obvious countries to receive gas exports from Israel are Jordan, which has long been a rock of stability in the Middle East region, and Egypt, which in spite of a change to its political system is still prepared to do business with Israel. Indeed, contracts to export gas from the Tamar field to a group of private customers in Egypt were signed in March of this year, although Jordan halted talks about a potential $15 billion deal for Israeli gas in January.

Another big question concerned Israel's internal politics and erratic regulatory approach to the country's burgeoning oil and gas industry. These issues were further compounded not long after the UOG 2014 conference ended, when Israel's antitrust authority announced that it may revoke an arrangement permitting local firm Delek Group and Texas-based Noble Energy Inc. to develop the Leviathan field.

This led to a total freeze of the Israeli gas market. Noble announced in January that it would not make any further investments in Israel. There is now some doubt over a BG Group deal with the Leviathan partners to export gas from the field to LNG facilities in Egypt. The Palestinians, who had signed a gas contract with Leviathan to buy small volumes of gas for a 200-megawatt power station to be constructed in Jenin in the West Bank, cancelled the contract and decided they would try to develop their own field, Gaza Marine, and use their own gas to supply their own power stations.

In February, the government issued a range of measures that it wanted to enforce on gas companies and presented these to them, although the companies strongly objected to them.

More recently, however, there has been some progress. At the 2015 Offshore Technology Conference in Houston earlier this month, Rigzone learned from an official of the Israeli government's Economic Mission to the U.S. Southern Region that "the word" within the Israeli Ministry of Economy is that the issue would be resolved within a couple of months. And very recently a source – who did not want to be named but who follows the Israeli gas market – told us that the government has made an "unofficial offer" to Delek and Noble that is more lenient than its previous proposals. This offer demands that Delek sells its holdings in the Tamar field over a six-year period and that Noble also reduce its holdings in Tamar but that Leviathan's export quota would be increased, with exports being expedited.

Hopefully, the matter will be resolved to all parties' satisfaction by the time of the next UOG conference in Tel Aviv this November.

Beagelman told us that the next conference will focus on "shaping the future for Israel and the region" in terms of the country's burgeoning oil and gas industry.

"Delegates can expect to network with the key players in the region, international energy executives along with governmental figures to understand more on the opportunities and challenges for the upstream and midstream sector of the oil and gas industry. With a number of agreements over the past year in the East Mediterranean region, UOG 2015 will be the premier platform to take advantage of one of the most exciting emerging markets in the industry," he said.

Readers interested in finding out more should take a look at UOG's video here:

Francis Kwiatkowski  |  May 18, 2015
Delek/Noble Energy already had signed production agreements with the Israeli government for Leviathan, but the government has decided to take a bigger piece of the pie a la Venezuela/Ecuador etc..., by changing the terms after the fact. The claim that Delek /Noble are a monopoly is quite true, but in fairness they operate the ONLY field in Israel(Tamar) currently producing and have invested over 1.2B already in Leviathan. There is no competition because of government regulatory issues and because there are only two fields worth developing, and Delek/Noble signed agreements with the government to develop them. Delek/Noble took a big chance that could possibly come back to haunt them.