Despite Current Economic Climate, Production in GOM is Projected to Rise 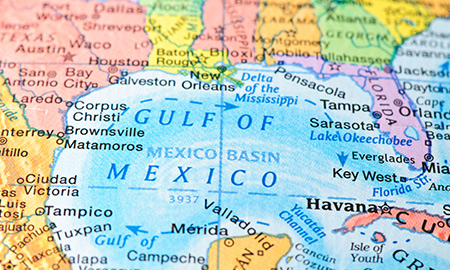 At a time when many operators are slowing down, activity in the Gulf of Mexico is moving full steam ahead, seemingly unfazed by a saturated oil market and poised to keep producing.

Despite the steep decent of oil prices that have frazzled the oil and gas industry since last summer, good news is coming from the Gulf of Mexico. 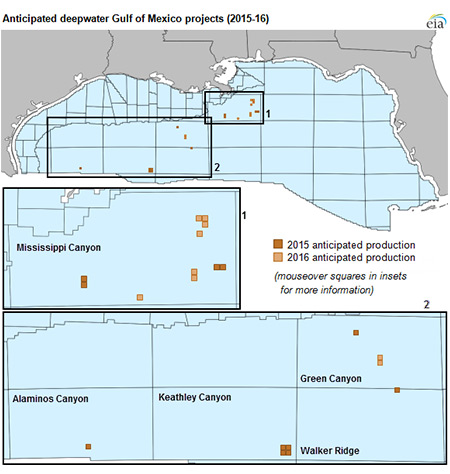 Unlike onshore drilling, which is associated with shorter timelines and is more susceptible to fluctuating oil prices, deepwater projects require longer timeframes as they move from discovery to production, said John Staub, the team lead for exploration and production analysis at EIA, to Rigzone.

“Deepwater projects are typically much larger than onshore projects. Their timeframes are longer and investments are larger. So when we are dealing with short-term price drops like those we are seeing now, one would not expect them to have a significant impact on decisions about whether or not to move forward on the development of these projects,” Staub said.

Although the 2010 Deepwater Horizon incident, which prompted a roughly 6-month drilling moratorium in the Gulf of Mexico’s Outer Continental Shelf (OCS), occurred approximately five years ago, its effects have been lasting – slowing production rates until last year.

The latest surge in oil and gas production is largely attributed to the revival of older projects that were once on hold and to new projects coming on line, some from partnerships that have made them economically possible, according to the EIA.