Use of Big Data is Necessary to Recruit Millennials in Oil, Gas 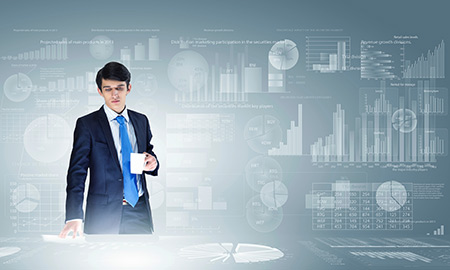 More Human Resources (HR) professionals are being encouraged to move past traditional ways of recruiting and use Big Data as a strategy to recruit millennials. In a SkillSurvey webinar presented by Kris Cooper, chief human resources officer for MorseLife, Cooper described Big Data as “the new hot girl at the dance.”

Cooper, who has 20 years of senior leadership in HR, both domestically and internationally, said that those in talent acquisition are usually known to adapt early to new technologies. Those individuals are now being forced to rethink their technologies.

Just a few years ago, there was a huge push to social media for recruiting efforts. Back then, social media was the new hot girl at the dance, said Cooper, because it was a way to promote and encourage his brand and attract people who wouldn’t typically approach traditional job boards.

While some are reluctant to use Big Data as a recruiting tool, Cooper said it’s necessary because social media is not going to be effective in the future.

“For the next 19 years, 10,000 people per day will turn 65 or older and retire shortly thereafter,” he said. “The bottom line is we are not adequately preparing younger workers to replace those about to retire.”

This shortage of qualified workers, or Great Crew Change, is the same challenge the oil and gas industry has been grappling with in addition to the industry downturn. It’s very clear recruiters will need to attract the attention of millennials, whom some say will comprise 75 percent of the workforce, according to Cooper. However, he found that only one-third of businesses had strategies to recruit millennials.

Keith Patton  |  April 13, 2015
As a hiring manager fro Geoscience candidates, I would say the biggest impediment to hiring good candidates is HR itself. HR are the gatekeepers who more often than not, make a shambles of the hiring process. They are overly reliant on poor job descriptions solicited from managers and due to this they and filter out good candidates since we all know most job searching is done by web crawler search engines now days. I dont know how many times I had to insist on a face to face sit down with our HR person in order to explain our particular needs and how it would impact their search efforts. Usually it was all for naught since HR usually does not have the knowledge or the skill to separate the good candidate from the bad and cannot see past all the fluff and smoke and see the real problem solvers in the candidate queue. What makes things worse is the pathetic lack of preparation that most candidates exhibit on the interview. I always looked at the interview as the Mother of All Final Exams, preparing for weeks ahead of time. I researched not only the company, but the potential interviewer. Today I am astounded by the total lack of preparation exhibited by candidates, especially those presented by so-called talent firms. They seem to think quantity is equal to quality. If they send 10 candidates certainly one will fit the bill...not. It seems that the finders fee is of primary concern and not satisfying the needs of the client. Universities are complicit in that they do not teach the graduates the necessary interview skills and virtually none of them know the basics of marketing their skill sets to match the job requirements. I have found a few diamonds in the rough by looking past the title on the degree and the key words and seeing the self starting problem solver that was standing before me. These candidates would never have made it past the HR search engine selection process. Years ago I took some graduate HR classes at a university in OK, as a tune-up for law school. I broke the curve in several classes with work I did over my lunchtime break. Nothing in my subsequent experience with HR people has done much to improve my opinion of their capabilities. I have actually had to spend time to circumvent the HR process at my company to enable me to hire quality people. I dont break any rules, I just found alternative ways to deal with the candidates to keep from wasting their time and mine. The HR restriction on non HR people discussing salary expectations for instance. Knowing what the possible expectations are, and the companies inability to match them, I saw more than a few good candidates slip through my fingers. So I asked them to contact HR and discuss that first and if there was no alignment then we went out separate ways. HR would have had us go through the long drawn out interview process first only then to find out we were miles apart on salary. I find it troubling that HR is actually in any kind of control of hiring talent. They should be a filter, period. I came from a day where you got in touch with the divisional manager or VP and tried to sell yourself to them. Now that is a lot more difficult unless you are persistent and meet them outside of work hours say at an association dinner or luncheon. Few candidates today have that persistence or drive. By the way there are some interesting ways to even bypass the limits of the search engine key word search. Just list every position you are qualified for, and every synonym you can think of for skills you have or think you have, then color the font color white. The electrons are still on the page and visible to the search engine but invisible to the human eye. Your resume will now get hits on virtually every search run for that list of positions and skills.
Jimmy  |  April 13, 2015
Totally agree that we need to find new and better ways to find the right people to make an impact in our business. The more information we can gather, the better the decision we can make. And the fact that Millennials spend so much of their lives online, makes it easy for these big data engines to sift through the piles of information. We have to keep evolving when recruiting the best.
Carlos J Gomez  |  April 13, 2015
Enjoyed reading this article which presents a provocative and interesting insight into how recruiting will change across all industries.
Daaren Heal  |  April 10, 2015
One in three millennials said that social media is a higher priority than salary, eh? Well, let them stay home and play on Facebook. Employers want people who WORK for a living.
andreas Mkhize  |  April 10, 2015
Rig zone is super.......