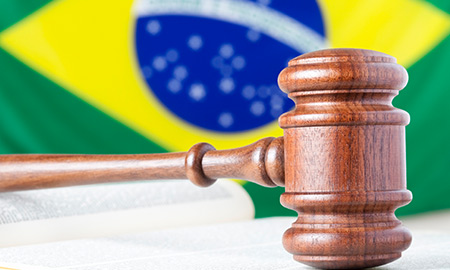 Brazil's government selects Murilo Ferreira, the chief executive officer of miner Vale, to head the board of state-run Petroleo Brasileiro.

SAO PAULO, March 27 (Reuters) - Brazil's government has selected Murilo Ferreira, the chief executive officer of miner Vale SA, to head the board of embattled state-run Petroleo Brasileiro SA, according to a filing from the oil company on Friday.

The other nominations for the board responsible for steering Petrobras through a massive corruption probe were little changed from the current one. Shareholders will vote on the selections at an April 29 meeting.

The government is Petrobras' controlling shareholder.

Its board nomination slate proposed only one other subsitution, that of Ivan Monteiro, the former chief financial officer of state-run lender Banco do Brasil SA. He would replace Miriam Belchoir, a former planning minister.

The move would leave Ferreira, who would follow former Finance Minister Guido Mantega, as a rare non-political pick from the government.

Petrobras named Monteiro as its CFO on Feb. 6, when it also tapped Banco do Brasil's CEO Aldemir Bendine to be its chief executive.

A spokeswoman for Vale said nothing had changed at the company and declined further comment.

It was unclear if Ferreira could occupy top posts at both Vale and Petrobras without facing accusations of conflict of interest. Vale, the world's largest producer of iron ore, is a major consumer of diesel fuel, which it purchases from Petrobras.

On Thursday, Petrobras, as the state-run firm is better known, named Luciano Coutinho, the head of Brazil's state development bank BNDES as its chairman until the next shareholder meeting.

Among the challenges facing the next Petrobras chairman will be publishing the company's third-quarter earnings report from last year. The company's auditor has refused to sign off on the report if it does not accurately account for bribery losses.

Petrobras said in a separate filing on Friday that it did not have a date to release its financial statements and shareholders would not vote to approve them at the April 29th meeting.