Shell Moves Rigs To Alaska Ahead Of Possible Drilling Permit 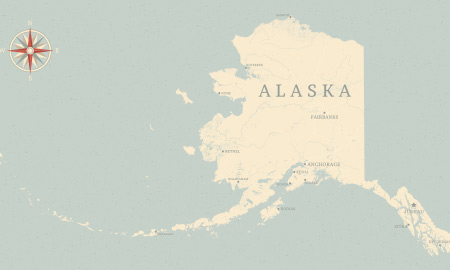 Shell is moving oil rigs to Alaska ahead of the possible resumption of controversial drilling activities as the oil major awaits the green light from US authorities.

LONDON, March 27 (Reuters) - Royal Dutch Shell is moving oil rigs to Alaska ahead of the possible resumption of controversial drilling activities as the oil major awaits the green light from U.S. authorities.

The Anglo-Dutch oil major hopes to revive its Arctic drilling programme two years after the grounding of a rig in Alaska that led to a huge uproar from environmental groups.

But even before getting the go-ahead from the U.S. interior secretary, Shell is moving the drilling rigs Noble Discoverer and Polar Pioneer to the area in anticipation of the short operations window in summer.

The vessel are "heading to North America ahead of a potential 2015 drilling season," a Shell spokeswoman told Reuters.

"Any final decision to go forward with a 2015 season will depend on successful permitting, clearing any legal obstacles and our own assessment that we are prepared to explore safely and successfully."

"This is a multi-year program, and every step we take will be contingent on meeting all the conditions necessary to proceed safely and responsibly," the spokeswoman added.

Shell Chief Executive Ben van Beurden said in January he wanted to return to the Arctic this summer after Shell had already spent $1 billion on preparations.

Environmental organisations have fiercely opposed drilling in the area.

Chris J. Tadda  |  March 30, 2015
For Shell to have spent billions on these Federal leases, years ago. Shell has always been in forefront to Safely Drill in Alaska waters. Develop strategies to deliver safe and efficient Arctic operations is what oil companies are doing in the past and right now. Ensuring safety in the Arctic and developing emergency response has been ongoing for years. Working with Northern Village Leaders. The decision to drop out of the lawsuit came after the release of new federal safeguards specific to the Arctic that are allowing for safer OCS exploration as a result of this lawsuit, the council said in a resolution approved 6-0 by the village council last week. This from Point Hope Leaders. Along with ASRC Shareholders from many of our Northern villages. I am a life long Alaska resident very concerned with our environment up here. More of us need to take a stand against organizations that would lock up our resources and lands. They can be developed safely with all our involvement. United States of America taking the Leadership Role this year - 2015 - 2017. This is over the Eight Nation Membership. Members are United States, Canada, Denmark, Finland, Russian Federation, Iceland, Norway and Sweden. Alaska will be in the forefront of this resource activity. With Alaska deriving 90% Tax Base from this resource. This added development project is needed Now. With Shell, StatOil, Conoco-Phillips all having Off Shore Leases in this Area. Takes Years to bring these Projects to Production. With Dutch Harbor and the proposed dredging expansion in Nome boat harbor. Alaska needs this infrastructure development as well. A Northern Coast Guard Base with Ice Breakers stationed year round. North West Passage, More Shipping Traffic starts Now.
RELATED COMPANIES
Company: Royal Dutch Shell plc more info